Home / WORLD / Netanyahu’s political trickery may secure election victory, but to the detriment of Israeli democracy

Netanyahu’s political trickery may secure election victory, but to the detriment of Israeli democracy 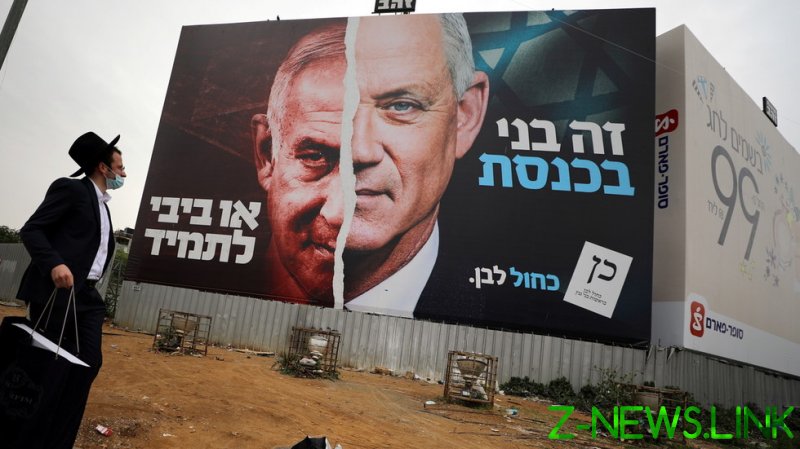 Democracy is a fragile institution which must be nurtured in accordance with the rule of law if it is to survive the foibles of the human condition which it seeks to govern. Israel has functioned as a democracy since its founding in 1948, with a parliamentary system, known as the Knesset, working with a prime minister to oversee the passage of law and the implementation of policy derived from the same.

On March 23, Israelis will go to the polls for an unprecedented fourth time in two years to breathe life into their democratic institutions. In many ways, this election – like the three that preceded it – is a referendum on one man, Benjamin Netanyahu, and his 12-year grip on the office of prime minister. But it is also a vote on the viability of Israeli democracy, a referendum on the Israeli people themselves as to whether they can coalesce enough political will into a coalition capable of governing an increasingly fractured and fractious society.

When Israelis go to the polls, they vote for political parties, and not individuals. Netanyahu’s longevity, however, has indelibly attached him to the fortunes of the Likud Party, creating a cult of personality from which differentiating between the man and the party is virtually impossible. Netanyahu has starved the oxygen from Israeli politics, preventing any national figure to rise to enough political prominence to challenge him in terms of name recognition, and preventing the accumulation of political power by any single political party, or an alliance of opposition parties, to successfully challenge Netanyahu’s – and by extension Likud’s – hold on power.

The Israeli parliament, or Knesset, comprises 120 seats. To form a government, a political party would need to either win 61+ seats outright or assemble a coalition of parties whose aggregate seat tally achieved the 61+ number. No Israeli political party has been able to secure on its own the 61+ seat threshold, and as such every Israeli government ever formed has done so as a coalition of two or more political parties. Netanyahu’s lengthy tenure as prime minister has reflected this reality, with him emerging as the master of parliamentarian political constituency building, trading off political favors for support, with the only constant being the primacy of the Likud Party in these coalitions.

Throughout 2018 and early 2019, Netanyahu’s ruling coalition threatened to collapse, but at the end of the day Netanyahu was always able to cobble together just enough support to sustain his 61+ seat majority. The prime minister’s string of luck ran out in March 2018 when Netanyahu, facing domestic political disputes and a growing controversy over corruption charges, was forced to schedule an early election in April 2019.

Netanyahu squeaked out a narrow electoral victory over a new political party, Blue and White, led by a charismatic former general, Benny Gantz. The Likud Party’s 35 seats positioned Netanyahu to attempt to assemble yet another ruling coalition. Netanyahu’s victory was aided in no small part by the decisions of President Donald Trump to move the US embassy to Jerusalem, to withdraw from the Iran nuclear agreement, and to recognize Israeli sovereignty over the occupied Golan Heights. These three big-ticket policy decisions were portrayed by Netanyahu as being the direct result of the bonds of personal friendship between himself and Trump.

Netanyahu was unable, however, to form a government. To prevent Benny Gantz from being designated prime minister, the Likud-controlled Knesset took the unprecedented step of voting to dissolve itself, thereby triggering a snap election, which took place in September 2019. No one emerged from the election with enough seats to secure the prime minister’s seat outright. Netanyahu’s rival, Benny Gantz, was given first try at this task, but failed. In December 2019, the Knesset again voted to dissolve itself, setting the stage for a third national election in March 2020. During this entire time, Netanyahu remained at the helm as Israel’s prime minister.

Netanyahu’s political fortune appeared to have run its course on the eve of the March 2020 election. The corruption scandal and related criminal trial, combined with the outbreak of the Covid 19 pandemic, appeared to have knocked Netanyahu into the ropes, paving the way for the emergence of Gantz to form a cabinet, thereby evicting Netanyahu. Netanyahu responded by assuming virtual dictatorial power, using the health threat posed by the Covid-19 coronavirus to lock down the nation, and with it most functions of government—including the very court in which he was scheduled to stand trial for bribery. But while Netanyahu forestalled his trial, he was unable to form a functioning coalition. Gantz was given the task before he, too, failed. With no one able to cobble together a 61+ seat majority, a new election was scheduled for March 23, 2021. Moreover, Gantz’s failure to organize a government spelled the end of Blue and White as a viable political party, and Gantz as a national political figure.

While Israeli polls predict a tight race, the reality is that Israeli democracy cannot survive another failed election. The collapse of Gantz and the Blue and White party means that Netanyahu’s political opponents operate without any guiding political program other than their shared disdain for the Israeli prime minister. Netanyahu, on the other hand, knows the Israeli political system like no other. There is every reason to believe that Netanyahu will emerge from the election with a viable coalition that not only secures his unprecedented tenure as Israel’s prime minister, but also a sympathetic Knesset willing to consider immunity or, at the very least, freeze his trial while he governs as prime minister.

It has been nearly two years since Israel had a government formed from a viable ruling coalition. For all extent and purposes, Israel has ceased to function as a viable democracy. Void of a working legislative system, the nation has become a virtual dictatorship, governed by a single man – Benjamin Netanyahu – who has infiltrated himself into every aspect of Israeli political life to the extent that he alone controls the levers of major political power.

Netanyahu functions as the mighty Wizard of Oz, with the exception that he does not bother to shield his activities with a drawn curtain. The incumbent Israeli prime minister functions as a pure political animal, playing off his leadership role in organizing Israel’s successful coronavirus vaccine rollout, and taking credit for the diplomatic opening to the Arab world brought on by the Abram Accords negotiated by the administration of President Trump.

This political trickery may prove enough to secure Netanyahu an electoral victory. But while the election of a prime minister who governs at the head of a politically viable coalition would bring an end to Israel’s political nightmare of three consecutive elections without a victor, the question is at what cost? If Netanyahu prevails, his victory may prove to do more harm than good to the cause of Israeli democracy, empowering as it would a man who knows no limits when it comes to the task of retaining political power.