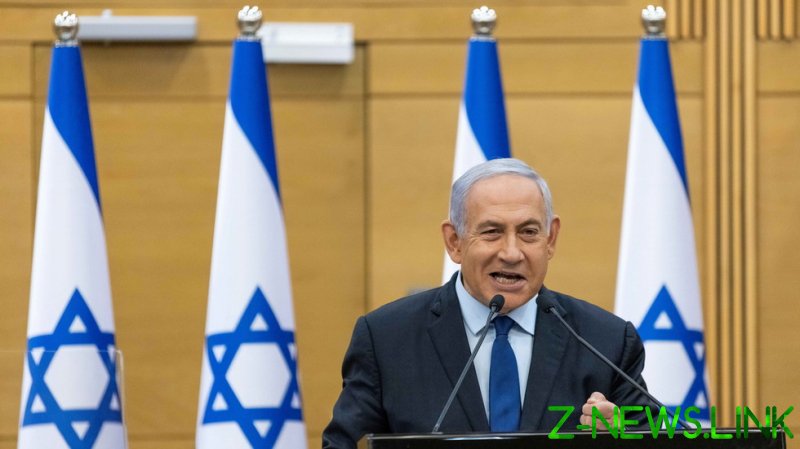 The government led by Prime Minister Naftali Bennett has “turned us into some sort of protectorate with a duty to report,” Netanyahu said as he blasted the cabinet in a fiery speech to the Knesset on Monday, according to the Times of Israel.

His ire was drawn by Bennett’s decision to pursue a “no surprises, no daylight” relationship with Washington.

The policy would see the US and Israel coordinating and updating each other on certain plans. Earlier, the Israeli media reported that the nation’s Foreign Minister Yair Lapid agreed to the “no surprises” policy with the US Foreign Secretary Antony Blinken in mid-June. The news prompted Netanyahu to accuse Lapid of promising the US to inform Washington in advance about any operations Israel could launch against Iran – something Lapid denied.

Netanyahu also appeared to be particularly concerned about the Biden administration potentially leaking sensitive information to the public, which could easily include Israel’s operation plans, should Tel Aviv share them with Washington in advance.

“The information that is sent to America could be leaked to major media outlets and in this way our operations will be thwarted,” he said, adding that it was precisely the reason why he “refused the requests of American presidents to always inform them of our actions” for about a decade.

Indeed, the “no surprises” policy in US-Israel relations is not something brought up only recently. The principle has been discussed by various Israeli and US officials and in the media since at least 2011.

Despite his present criticism of Bennett’s US-friendly policies, Netanyahu didn’t exactly shun such close ties with Washington while in office himself.

In March 2021, Israel’s former foreign minister, Gabi Ashkenazi, said that Tel Aviv agreed to continue its no surprises policy in relations with the Biden administration. At the time the statement was made, Netanyahu was still prime minister.

Netanyahu had a particularly cozy relationship with Biden’s predecessor Donald Trump, who he once called “the greatest friend” Israel ever had. He lavished praise on Trump when he moved the US embassy to Jerusalem and recognized the occupied Golan Heights as Israeil territory.

He also hailed Trump’s so-called “deal of the century” — a proposed agreement aimed at ending the Israeli-Palestinian conflict, which was rubbished by the Palestinian authority over pro-Israeli bias. The timing of Trump’s decision to unveil the “peace plan” just before a parliamentary election even led to accusations that the US was meddling in Israel’s elections.

A poll conducted at that time showed that almost half of Israeli Jews – 46 percent – and 68 percent of Israeli Arabs believed the move was designed to tip the scales in favor of Netanyahu, who was battling corruption and bribery charges at that time.