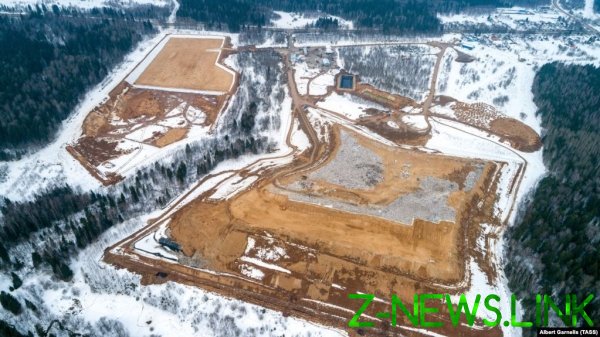 Businessman Dmitry Bortnikov, whom the media called the nephew of the head of the FSB, reduced their share in the garbage business. Until February of this year, he owned 51 percent of the company’s “Spring”, which has a garbage landfill “Sound” in the suburbs. Bortnikov now owns 20 percent. This is reported by “Open media”.

In January of this year from the landfill, “Sound” was filmed arrests, imposed due to environmental violations. In March 2018 at the dump happened gas emissions. Then in Volokolamsk near Moscow, which is close to the landfill, came to the hospital dozens of people poisoning. This caused a great public outcry. In Volokolamsk held rallies demanding the closure of the landfill.

The interlocutor of “Open media” suggests that Bortnikov was able to enter the business, to use administrative resources to help partners, and then sell their share. A criminal case, which was filed after the emission of gas, not closed, but progress is not on it. The businessman or his representatives have not commented on the information “Open media”.

In 2018 in Moscow regularly held protests against landfills. They went thousands of people. Thereafter, the General Prosecutor’s office conducted extensive testing of the four landfills in Russia and found 250 thousand violations. Then Deputy Prosecutor General Alexander Buksman stated that Russia was facing a very difficult situation with the storage and processing of debris. Toxic waste contained in landfills, threaten the life and health of 17 million people.