Nelya Shtepa said about the beating 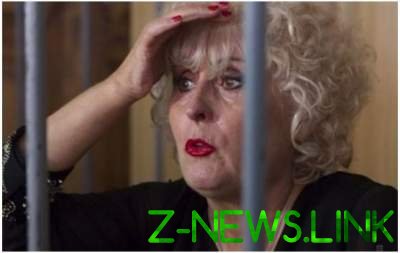 She wrote an appeal to the justice Ministry.

Nelya Shtepa, who is accused of encroachment on Ukraine’s territorial integrity and creating a terrorist organization, said violence and unsanitary conditions in the detention center.

A picture of Nelia Shtepa shows a bruise on my arm, as well as the text of the ex-mayor of Slavyansk to the Minister of justice and the Ombudsman of the Verkhovna Rada on human rights, posted on the social network lawyer Alexander Tananakin.

Shtepa says that on June 24, an employee of the Kharkiv institution of corrections No. 27 has applied to it a force. It also indicates the unsanitary conditions of detention in the remand prison and the facts “theft of drugs”.

“24 June 2017 officer Huina beat me up,” writes Shtepa, without elaborating on the details of the conflict.

“In the chamber to which I was transferred, for the last 10 days – the third chamber No. 419 – black floors, black walls from dampness, and from the fact that the chamber contained 14 people, all smoke, no hoods, floors of sand and dirt, cockroaches, mice…”, – also said in its statement.

“I am in Guine more than 3 years and hope to provide medical care there, right in front of the prisoners stolen medical supplies, to people sitting in Juine, they do not reach” – says Shtepa.

The ex-mayor of Slavyansk requesting a meeting with the authorized BP on human rights and requires the performance verification in isolation.