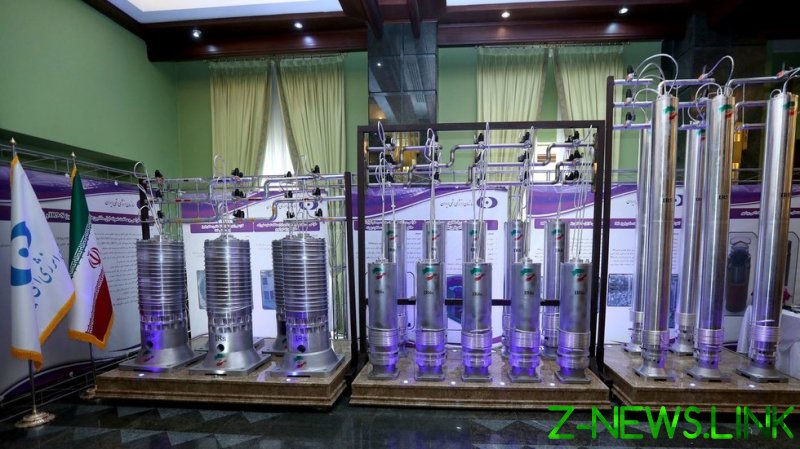 Speaking to Italian daily La Repubblica in an interview published on Wednesday, IAEA chief Rafael Grossi said that bringing Iran and the US back in line with the terms of the Joint Comprehensive Plan of Action on Tehran’s nuclear program will have to wait.

“Everyone knows that, at this point, it will be necessary to wait for the new Iranian government,” Grossi stated, seemingly refuting previous claims that a deal would be completed before the end of the current Iranian administration.

“The discussions that have been going on for weeks have dealt with very complex and delicate technical questions, but what is needed is the political will of the parties,” he added.

In early June, Ali Rabiei, the Iranian government’s spokesman, said a deal was likely before the end of the current administration. A new government is set to be sworn in on August 5, after national elections. Iranians will take to the polls on Friday to elect their next president from a list of carefully chosen candidates.

Negotiations to bring the US and Iran back to the 2015 pact in Vienna have been ongoing for months. The deal, which was originally signed in 2015 between Iran and the five permanent members of the UN Security Council – China, France, Russia, the UK, and the US – plus Germany, was unilaterally abandoned in 2018 by former US President Donald Trump, who enacted harsh sanctions on Tehran.

Iran has further hollowed out the deal, increasing its enrichment program by far in excess of the agreed 3.67% level, but less than the 90% level considered weapons-grade. In April, Tehran stated it would enhance its uranium enrichment to 60%, following an alleged Israeli attack on its Natanz nuclear facility.