Home / WORLD / Nearly half of Ukrainians think life was better in USSR, and even more say they’re anti-LGBT in new poll revealing split with West

Nearly half of Ukrainians think life was better in USSR, and even more say they’re anti-LGBT in new poll revealing split with West 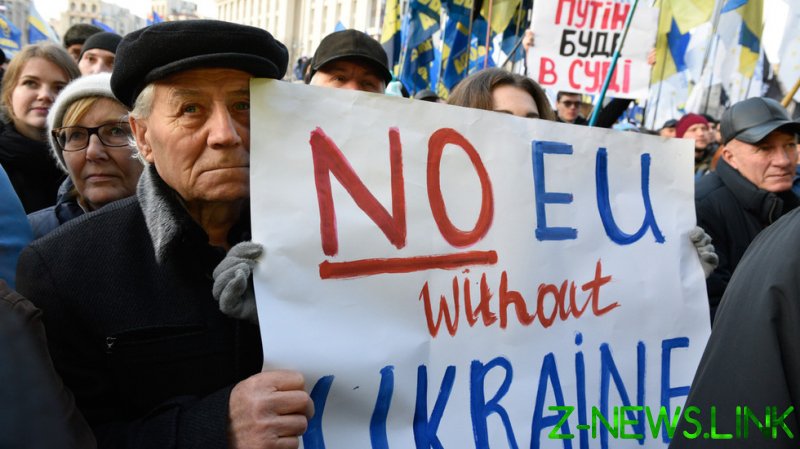 A poll of 2,000 Ukrainian citizens, published on Thursday by NGO, Rating, showed a clear gap between those happy with the direction the country is heading in, and those who think it’s on the wrong track. Although Kiev’s official line is that the country was an unwilling partner in the Soviet Union, 43% of respondents said that living standards were better when they were governed from Moscow.

According to the researchers, views on the subject effectively depend on whether those answering had experienced life under the USSR. “Young people believe that today is better, while older people think differently.” The same applies to public services, where “only those who were born in post-independence Ukraine believe the level of medical care and education is better today. Older respondents, on the other hand, consider modern healthcare and education to be much worse.”

On social issues, Ukrainians were equally divided. Overtures about the country’s shared values with the EU have underpinned its campaign for closer alignment. However, 47% of those polled in the study said they had a negative view of the LGBT+ community, while 42% looked down on those who choose not to have children. A majority of people, 51%, also back the reintroduction of the death penalty.

Along with the split in social views, respondents were unable to agree on who should govern their country. Current president, Volodymyr Zelensky, commanded the most support, but only attracted around 27% of those asked. The second most popular candidate was former President Petro Poroshenko, who was ousted in the country’s 2014 Maidan, with nearly 15% saying they would support his candidacy if he ran for the top job again. It appears that respondents were not given the option of supporting opposition leader Viktor Medvedchuk in the poll. Currently facing treason charges over purported ties to Russia, he leads the largest non-government grouping in the national parliament.

The study broke with previous research in estimating that a majority of Ukrainians are now supportive of Western integration. Around 64% would like to join the EU, while 54% back joining NATO. These opinions were held far more often by younger people than their older countrymen. Polls at the time of the 2014 uprising consistently found the absence of widespread support for either position. However, despite successive governments attempting to deliver on the Maidan’s promise, no significant progress has been made either toward joining up with Brussels or being admitted to the US-led bloc.

That said, there is still a significant proportion of the country – making up around one in three respondents – who want to maintain a third-way foreign policy balancing Kiev between Moscow and the West. A quarter of opponents to EU membership would like to see closer ties with Moscow instead.