Home / WORLD / Nearly 90% of bitcoin have been mined, and new coin issue unlikely after 2140 – analysts

Nearly 90% of bitcoin have been mined, and new coin issue unlikely after 2140 – analysts 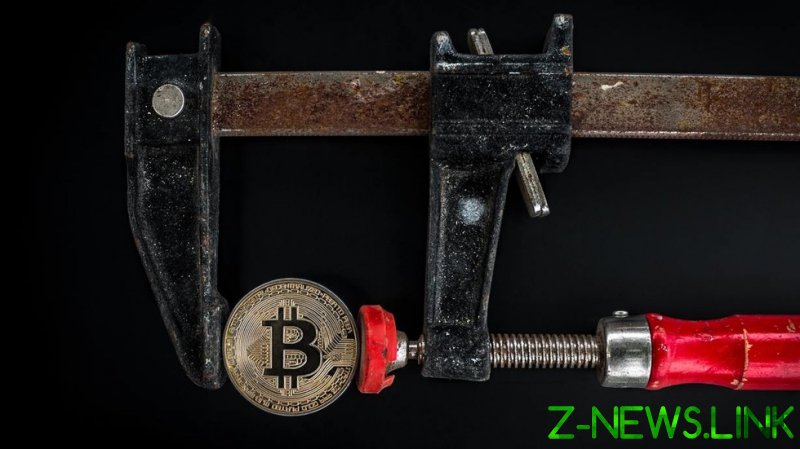 Unlike other forms of money, including fiat currencies, which can be printed on the whim of central banks, bitcoin has a limited supply capped at 21 million coins by elusive inventor Satoshi Nakamoto. This means there will only ever be 21 million bitcoin in existence. By August 2021, approximately 18.7 million bitcoin was available, with only some 2.3 million left to be mined, data from Investopedia shows.

The supply limit makes the world’s oldest crypto a limited commodity and controls inflation that could otherwise stem from an unlimited supply of the coin. It also puts current estimates for the year in which the final bitcoin will be mined at 2140. This has raised questions about whether bitcoin’s network will remain functional after that time.

Analysts say that bitcoin’s economy has to change to keep the network operational.

Many predict that the cryptocurrency’s ecosystem might be transformed, just as its identity has been. It was originally introduced as a medium of exchange for daily transactions but later found more popularity as an investment asset instead.

Analysts also say that bitcoin miners could form cartels, much like those that control other commodities, such as the Organization of Petroleum Exporting Countries (OPEC), which controls the oil production market.

Another possibility laid out by analysts is that bitcoin could become a reserve asset, which would reduce the number of transactions on the crypto’s network as retail traders and small trading firms are replaced by large institutional and trading players. They would conduct fewer and more expensive trades, stretching the time for the final bitcoin to be mined.

And, finally, the cryptocurrency’s protocol may be changed to let production go on after it reaches its 21 million limit. But that would decrease the value of bitcoin already mined, which coin holders are unlikely to accept.

Currently, however, bitcoin’s scarcity and rising prices have been attracting speculative investors, with their bets leading to volatile price swings which draw serious investors away from the cryptocurrency. Bitcoin’s price this year jumped from its peak value of $60,000 in February to half that amount during the summer and up again to $55,000 per coin this week. Still, some countries like El Salvador and Cuba see potential in the currency, already taking steps to make it legal tender.