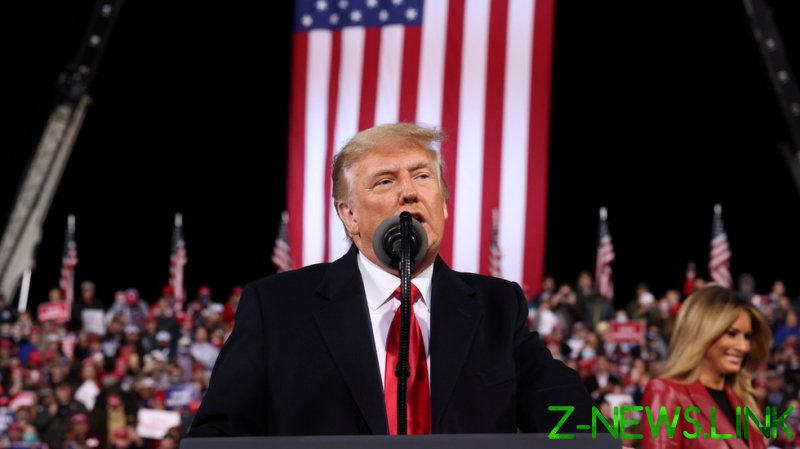 According to a new poll from NPR/Ipsos, 39 percent believe there is a “deep state” working to undermine the president. A majority of respondents, however, accept the results of the presidential election (69 percent) and want to see a peaceful transition of power on January 20 (70 percent).

The survey also found that 73 percent of respondents are concerned about political violence over the next four years, and 83 percent are worried about the spread of false information, especially when it comes to Covid-19 and vaccines.

In a “knowledge test” given to respondents, the poll revealed more of a fractured political culture than anything else.

The results for one statement about Black Lives Matter, for instance, was used by the publishers to show a large portion of people (47 percent) buying into what pollsters considered a ‘false narrative’.

Told the majority of Black Lives Matter protests were violent over the summer, “just 38 percent correctly indicated that this is a false statement.”

The statement is difficult to quantify as the protests are still so fresh and there’s no clarification on what constitutes violence or if it needs to be perpetrated by the actual protesters or others, but numerous Black Lives Matter protests descended into property damage and violence over the summer.

Another statement saying, “A group of Satan-worshipping elites who run a child sex ring are trying to control our politics and media” was identified by 47 percent of respondents as false, while 17 percent said it was true, and another 37 percent answered that they were unsure.

The Ipsos poll was conducted earlier this month among 1,115 adults.