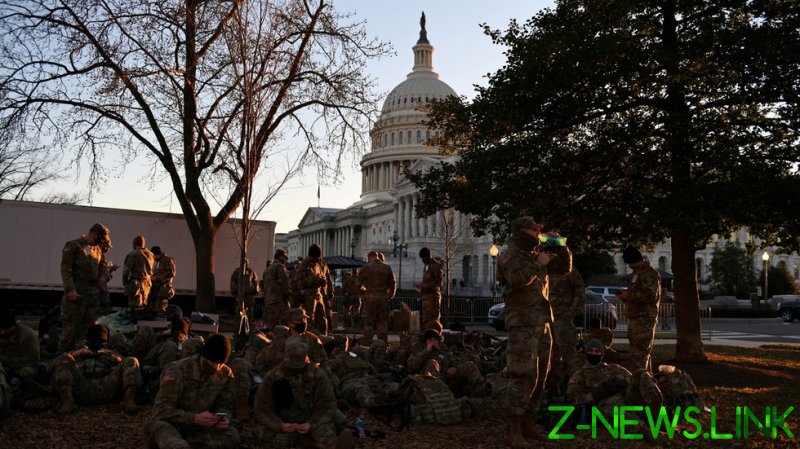 According to the Wall Street Journal, which cited unnamed defense officials, nearly 200 of the 26,000 National Guard members “have tested positive for the novel coronavirus,” with some officials fearing that “cramped rest and working quarters contributed to the spread.”

Additionally, while every member of the National Guard deployed in DC was “screened for Covid-19” before setting foot in the city, “not all were tested, unless required under the screening process,” defense officials told the outlet.

Biden found himself dealing with his first major presidential controversy just after the inauguration took place on Wednesday after it was revealed that the National Guard – which had been deployed after supporters of President Donald Trump stormed the Capitol on January 6 in protest of Biden’s election victory, and ended up staying to protect the inauguration – had been kicked out of the Capitol building and made to congregate and sleep in an adjacent parking garage.

“Yesterday dozens of senators and congressmen walked down our lines taking photos, shaking our hands and thanking us for our service. Within 24 hours, they had no further use for us and banished us to the corner of a parking garage,” one member of the National Guard told the media. “We feel incredibly betrayed.”

The incident, along with the news that every member of the Guard in DC for the inauguration was being investigated for loyalty and “extremist ties,” led to at least two governors – Florida Gov. Ron DeSantis and Texas Gov. Greg Abbott – calling the members they had sent to the capital home.

“They are soldiers,” DeSantis said. “They are not Nancy Pelosi’s servants.”

Biden apologized for the National Guard parking garage controversy, and First Lady Jill Biden gave out cookies, but lots of Americans are still questioning why the National Guard was made to stay in the Capitol days after Biden’s inauguration.