Home / INCREDIBLE / Near the pyramids of Giza, the ancient necropolis

Near the pyramids of Giza, the ancient necropolis 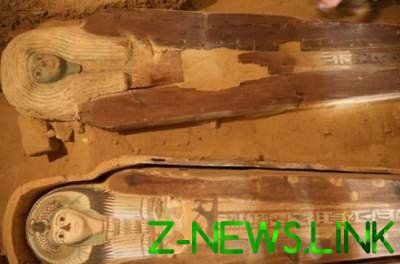 In one of the tombs found two sarcophagus.

The inscriptions on the sarcophagi allowed us to determine that one of the men called Behney On, and the second – Nui. Behney-Ka was a priest and judge, and also bore several titles, one of which was “the purifier of kings: Harry, Userkaf and Niuserre”. Pharaoh khafra belonged to the fourth dynasty, and Userkaf and Niuserre – the fifth, and the first of them was its founder.

The Nui also had several titles, including “watching the new settlements”, “master of the great territories” and “purifier of king Harry”. In addition, the tomb was found a few artifacts, one of which is a statue made of limestone that could represent Behney or Nui.

Archaeologists also found that burial in the cemetery was resumed to approximately 2.6 thousand years ago, then here buried several people.