Home / Society / Near Kiev has woven the longest in Ukraine rushnik

Near Kiev has woven the longest in Ukraine rushnik 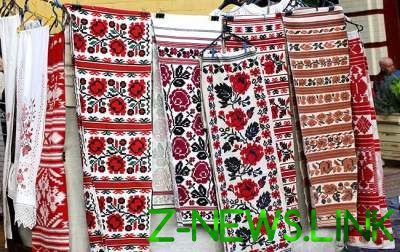 In the Kiev region, in honor of the 985-th anniversary of the founding of the city of Bohuslav, wove the longest in the country, towel — 98,5 meters. The product became the champion of Kazreestr of records of Ukraine.

This was reported by Lana Vetrova on his Facebook page.

“As a child is born 9 months, the same time the towel was woven on the ancient loom over 1500 people! The towel is woven almost millennial history of the city (namely, the 45 the fateful, positive dates connected with the events or prominent figures, which multiplied the glory of not only the city Bohuslav, but of the whole Ukraine). The towel is woven in the technique of hand weaving on a bilateral 70-year-old machine, which is a priceless Museum exhibit,” wrote Lana. 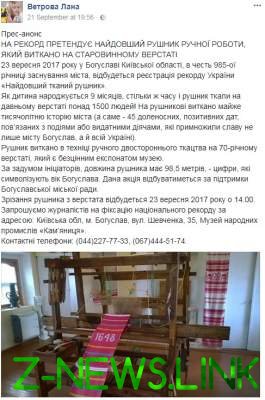