Home / Incident / Near Kiev found a body of the Ukrainian military

Near Kiev found a body of the Ukrainian military 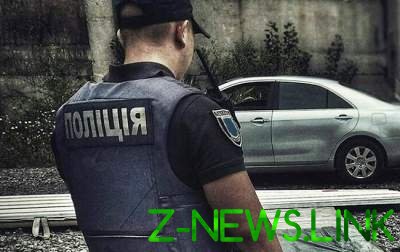 The city Gostomel Kyiv region 24 December died 23-year-old military serviceman of military unit No. 3018 Yuri Minyuk,
That day, his parents were informed by phone that their son had hanged himself. Later the police denied this version, saying that the body of a soldier had a lot of bruises, wounds and cuts.

The relatives of the deceased believe that the jury was not able to do anything because he had no conflicts, and the day before he talked with his parents. Well as relatives of the deceased said that according to police Protocol, the criminal proceedings are opened under article 115 “Deliberate murder” with no mention of suicide. Yuri served in military unit No. 3018, which is located in Gostomel. It said that he had cut his hand badly on the wrist, elbows and neck were found numerous cuts.

“It’s amazing, as is the neck, and arms are strong cuts. But all of that didn’t tell us, they say that the mother wasn’t worried. Since the holiday was on Monday, the body was supposed to pick up on Tuesday. In Kiev, there are uncle of them, he took the body. All bad, sister to the hospital with a heart taken away, and the mother lost consciousness there. Jure was only 23 years old. Yura was in Exactly military service, but four months ago he was transferred to Hostomel’. We also found out from the Prosecutor, who was at the scene, they found him in the bathroom in the hostel and there everything seems to be pure and good,” said a relative of the deceased Hope.

“At the cemetery, they decided to take a look at that arm, and there was plaster. On top of the plaster was still some Scotch, the arms themselves were broken to the bone, his knife, axe or something was beaten is unknown, but very deep wounds. And the head was indented, as if from ear to ear,” said the relative, adding that Yuri was chopped left arm, despite the fact that he’s a Lefty. The reason could happen conflct, as yet unknown, but one possible is money. According to relatives, the Jura on the map in those days there were about 20 thousand hryvnias. Yuriy’s mother told the villager who recently transferred to her son and always went near him. “During the interrogation, the guy first said that he was on duty, and then said that it was not at all in Gostomel. He always said lots of things. For Yuri was still a soldier and gave him a pass, maybe they have and there was some conflict,” said Hope.

In the military unit said that the incident occurred at the residence of the serviceman. “This did not happen in a military unit, and residence. Our contractors live here. No open conflict, disputes and other things. Now I can’t do something specifically and definitively say, because there is a consequence”, – has declared a press-the Secretary part. The husband of the sister of the deceased Sergey also said that now there are a lot of inaccuracies, so consider this a suicide not. “This can not be, that he that did. No one believes that it could be suicide. Now the investigation is underway under article 115 “Deliberate murder”. Mother called and said that there will be a consequence, because it is not known whether it was murder or suicide. In the examination it was stated that he had multiple wounds on his hands and a severed artery. Do not add up that he was left-handed, and cut the whole left hand, he lives have nothing in my right hand not held”, – said Sergey. He also said that according to people who found the body of the Jura, it was closed from within the bathroom, but then opened on the other side of the door.

“The last time mother spoke with Yura on Friday (that’s two days before his death) and he told her that they are some sort of prize given. To him more then some guy came over and started to pull it, why is he not given the award, Yura was given. At the weekend, he was there to go to the ATO, but did not go. Each of Jura, which found him, he had to go with him that day to the store to buy, because Yura had to go to the ATO”, – said Sergey.