Home / Incident / Near Kiev, arrested a gang of armed autothieves

Near Kiev, arrested a gang of armed autothieves 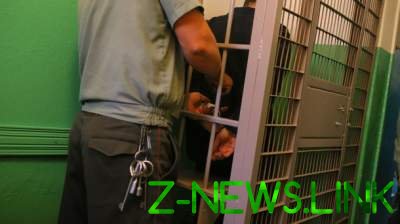 A month ago, the attackers stole the car Daewoo Lanos from a resident of Kyiv-Sviatoshynsky area, using traumatic weapons.

According to law enforcement officers, 28-year-old driver agreed to let strangers in s. Kryukovschina, Kiev Svyatoshinsky district,. They went to town. Glevakha Vasilkovsky district,. There, the passengers got shot in the arm the driver and stole the vehicle.

The victim went to the police.

Police tracked down the stolen car in Kalinovka village. From the car they stole the mobile phone and wallet with personal documents of the victim.

It was also found that the criminals previously convicted inhabitants of Cherkasy region, 51 and 55. They had been detained.

Investigators vozbuzhdeno criminal proceedings under part 3 St. 289 (misappropriation vehicle) and part 2 of article 187 (Robbery) of the Criminal code of Ukraine.

As previously reported, residents of the village of Gora near Kiev, arrested a gang of robbers red-handed.

That day the attackers attempted to Rob the house on Cherry street.