Home / WORLD / Near future novel ‘2034: The Next World War’ is a cautionary tale of American military hubris and overreach

Near future novel ‘2034: The Next World War’ is a cautionary tale of American military hubris and overreach 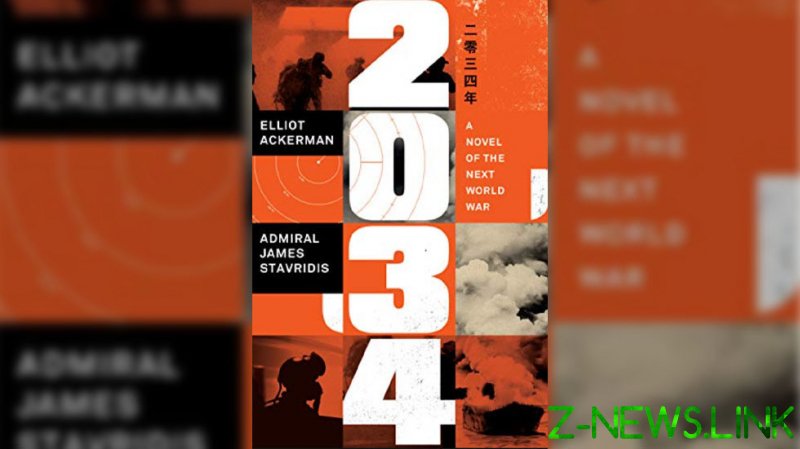 This is a review of a novel. I feel that I need to make this point up front, lest people read too much into what I have to say about it. It is a work of fiction – and an admirable one at that, extremely readable and possessing a narrative that grips you from the start and holds you until the end. It is also highly believable, even when one factors in the need for elements of fantasy in order to keep the plot streamlined and the length reasonable. Reality can be complicated and messy. ‘2034’ is a novel. It is not real.

But it could be.

Thirteen years is but a blink of an eye when it comes to geo-politics. Thirteen years ago, the United States was in the middle of a surge of military capability in Iraq. We were attempting a reset with Russia. Sanctions were being expanded against Iran to compel it to stop pursuing nuclear enrichment. China was flexing its muscles in the South China Sea. Most American adults can remember those times as if they were yesterday, because in the grand scheme of things, it was.

‘2034’, by Elliot Ackerman and Admiral James Stavridis, takes us to a world that is but 13 years removed from ours. It is one where the United States no longer possesses military supremacy but continues to act like it does. Where China’s economic and technological strengths have been used to craft a military capable of strategic power projection. Where Iran has emerged as a major regional power, and India is positioning itself for a global leadership role. None of the underpinning conditions that make ‘2034’ work as a novel exist today.

But when examined in terms of historical continuity, using 2008 as a starting point, continuing through today, and then projecting into the future, every scenario painted in ‘2034’ is not only plausible, but probable. ‘2034’ depicts a world gripped by a multi-polar reality, where an America still operating on unipolar assumptions struggles to find its feet. Two terms appear often in the novel: ‘hubris’ and ‘overreach’. Everything that happens in ‘2034’ is borne of those twin concepts, where a former unilateral superpower finds itself challenged by regional powers no longer willing to accept American hegemony, and the overreaction to this challenge results in global catastrophe.

The first time I read ‘2034’, I had steeled myself for a novel which sought to paint a dystopian future as a means of encouraging fundamental changes in national security policy so that such a future could be avoided. More ships, better aircraft, better cyber capability, better national security command and control capabilities – better everything. And, generally speaking, the novel does make the case that for all the money that the United States pours into national defense, in the end its military forces could be emasculated by enemies who spend far less on fewer items of much greater quality. The novel drives the point home that the US’ addiction to technology can, and will, be its downfall.

But on a second, and then third, reading, it became clear that the authors were not engaged in a plaintive exercise designed to encourage national security officials to seek newer and more technologically advanced weapons. Instead, they seemed to be making the opposite argument, that the pursuit of technologically advanced weapons, when married with irresponsible and unrealistic national security policies, is an exercise in futility. The United States, ‘2034’ seems to imply, was stretched too thin not because of a lack of defense spending, but because the world no longer yielded to the inevitability of American conventional deterrence. None of the adversaries depicted in ‘2034’ had the ability to project military power globally like the United States. But then again, none needed to. All they needed to focus on was being able to project superior military power into a defined region. In short, a multi-polar world is beyond the ability of the United States to dominate militarily, and any continued effort by the United States to do so can only lead to conflicts which the United States is no longer guaranteed to win.

‘2034’ is a work of fiction. As such, any critique of its depiction of nuclear war would miss the point, which is that, when American conventional military power is no longer able to sustain global hegemony by either the threat of force, or the actual use of force, the American fallback is a limited nuclear strike designed to alter the balance of power in a manner favorable to the United States. In this, ‘2034’ hits home – there is a nuclear conflict, it is started by the United States due to the failure of its conventional military forces to achieve a desired outcome, and the results are catastrophic for the US and the world.

The post-2034 world portrayed in the novel is one where, thanks to the defeat of the United States, the world has undergone a global transformation where the centers of power no longer gravitate solely around the United States. The fact that it took a thermonuclear exchange that destroyed four cities, killing tens of millions of people in the process, should provide a wake-up call for anyone who reads this book. ‘2034’ makes the point that the age of American hegemony is over, and that a global geopolitical realignment is inevitable. The key question facing Americans is whether the United States is capable of peacefully adapting to this reality, or whether hubris and overreach will result in a violent confrontation with forces the US is no longer able to control, or defeat.

Thirteen years goes by in a blink of an eye. ‘2034’, the novel, explores a plausible outcome should the United States continue to incorporate hubris and overreach as the driving force behind its relationship with the world. It is not an outcome any American should endorse, but it is an outcome that is inevitable should America’s relationship with the world not change.