NBU has published the calendar of scheduled debt payments 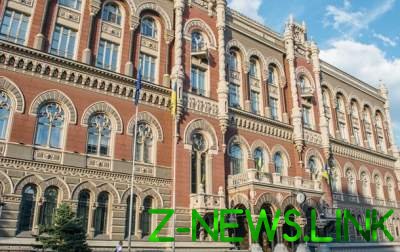 This year the government must repay 5,016 billion, the Central Bank, 842 million dollars.

The national Bank has published a calendar of scheduled payments on the external debt to non-residents in foreign currency.

According to the plan, the government, Central Bank, enterprises and banks should pay 15,655 billion, of which $ 11,951 billion – based amount of debt 3,703 billion dollars – cent.

The government of Ukraine should repay for the year 5,016 billion dollars of debt, the Central Bank – 842 million dollars. Including in favor of the IMF need to pay 1,945 billion.

The largest payment scheduled in the first quarter of the year 5,609 billion.

As reported, during the first two months of 2019 Ukraine paid debts of more than two billion dollars. 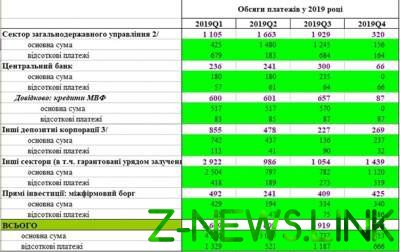