Today, June 26, the national Bank has allowed the Ukrainians to exchange non-cash/cash currency to any other, which is the 2nd group of the classifier of currencies (includes 104 currency). This is a non-convertible currency, like the Russian ruble, Turkish Lira, Brazilian real, etc.

As the Director of the banknote printing banking Express Bank Andrei of Lviv, the financiers began to explore the country, which are most interesting for Ukrainians to provide exchange services for full payments in their currencies.

The banker said that in the first place is now being run exchange on such countries as Georgia and Turkey, with which there is tourist and trade.

“Not ready to say how fast will be Internet exchange of cash/cashless foreign currency on currency 2 group of the classifier. The conditions of the national Bank has just changed. Three years, they were clamped, and now, abruptly, everything changes. But we learn how to live with it, learning which areas are interesting,” — said Andrey Lvov.

In parallel, there are new opportunities for exchange in Ukraine, the Chinese currency. It has long been part of the first group of the NBU Classifier, however, are not actively serviced by our banks. But with the development of international services, mail deliveries, financiers interested in the yuan.

“Ordinary citizens and physical persons-entrepreneurs I order a product through the Internet and disburse. Now they are in dollars calculated, and will be able to pay directly in RMB when banks will provide this servant,” said the lions.

Banks need time to establish correspondent relations with banks in countries with currency which they choose to operate. To be able to open to customers in Ukraine accounts in those exotic currencies and to offer services.

“While such products have only in theory and need to start to draw on paper, some time will be spent on their actual launch. For example, the Bank must open an account with RMB, to change the currency and to credit the customer account that will be able to pay it through the same SWIFT or other means. If we talk about an integrated product, to run it we need all to think and calculate. I don’t think that at first it will be massively implemented. But gradually, the range of currencies will grow,” suggested the lions. 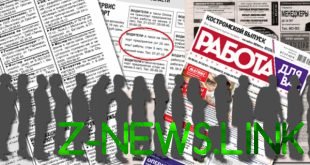