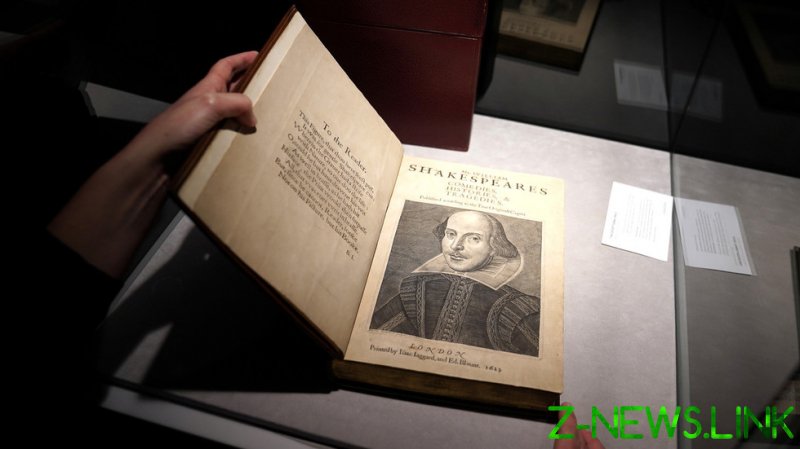 Singling out the Texas Republican by name in a Wednesday tweet, Mitchell said Cruz had misattributed a quote to the renowned English playwright after he cited it in reference to the ongoing impeachment drive against ex-president Donald Trump, saying it is “full of sound and fury, signifying nothing.”

“Senator Ted Cruz says [the] impeachment trial is like Shakespeare, full of sound and fury signifying nothing. No, that’s Faulkner,” she wrote.

With the true origin of the quote mere clicks away, it didn’t take long before Mitchell – who holds a bachelor’s degree in English literature from the Ivy League University of Pennsylvania – was informed the famous line is, in fact, from Shakespeare’s ‘Macbeth.’

The NBC host soon returned to Twitter to issue a mea culpa, admitting to the botched correction while apologizing to Cruz. “I clearly studied too much American literature and not enough Macbeth. My apologies to Sen. Cruz,” she said.

Cruz himself also joined in on the fun, reciting yet more Shakespeare in joking that Mitchell “doth protest too much” and pointing her to the ‘Macbeth’ passage in question. “One would think NBC would know the Bard,” he said, referring to Shakespeare’s moniker, the “Bard of Avon.”

Mitchell was not the only one to pile on Cruz, with her tweet drawing sneers from other enlightened members of the Beltway literati, such as Washington Post columnist Jennifer Rubin, who was also mocked without mercy for endorsing the utterly failed dunk on the senator.

To Mitchell’s credit, American novelist William Faulkner did draw inspiration from the well-known ‘Macbeth’ soliloquy for his book ‘The Sound and the Fury,’ but did not originate it.