NBA. “The Golden state” led 2:0 in series with the Houston, Milwaukee beat Boston 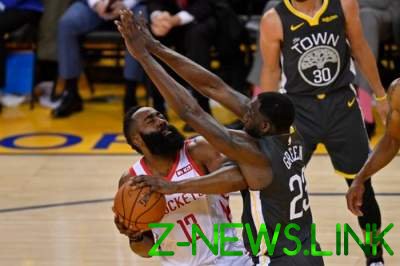 Milwaukee after an unexpected dip in the first match of the series with “Boston” in the second game gave the Celtics an incredible bombardment from the three-point arc. “Buck” realized a record in franchise history 20 shots, while six players finished the match with at least 20-point positive balance figure of +/-. The key to the match was cut at the end of the third quarter – Boston missed the jerk masters 2:24 and before the final siren resigned to defeat.

The main attacking options, “Golden State” Kevin Durant, Stephen Curry and klay Thompson in the second match of the series with the Houston executed a total of 33 inaccurate throw, that did not stop the Warriors to consolidate their advantage in the battle for the conference finals.

“Houston” was more accurate in the shots from the game, sold more three-pointers, but lost the shield 17 turnovers and weak defense of its three-second zone did not allow the visitors to steal a win from Oakland.