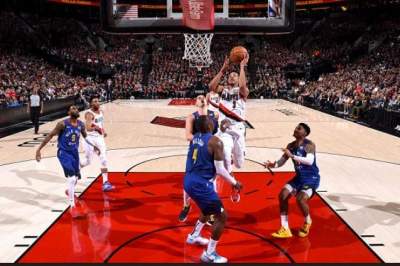 Milwaukee returned to the series with “Boston” under my control, causing the Celtics in the first playoff defeat on their home court. In the second quarter, the BUCs played the 12-point gap, and a key win made in the end of the third 12-minute, shocking the Boston jerk 12:0.

The shadow hero of the match was George hill is an experienced point guard off the bench in 29 minutes scored 21 points and finished the game with a record of the team a measure of usefulness (“+8”).

Only the second time in history and first time since 1953 in the match the playoffs in the NBA have played four overtime. “Portland” and “Denver” to determine the winner had to play 68 minutes of pure time, and the game lasted more than three hours.

In the main time of the game, “Denver” has twice played a 10-point gap. In overtime alternately inaccurate throws to win made Nikola Jokic, Damien Lillard and Jamal Murray. Finally, in the fourth overtime, Portland took a fresh Rodney hood, who for the last 70 seconds, scored 7 points. When the score was 136:138 jokić, it seemed, will put the game in the fifth overtime, but the Serb from the free throw line converted only one shot. “Blazers” had to finish off the exhausted, than calmly coped Seth Curry.

In this crazy match Nikola jokić played record in NBA history 64 minutes and 58 seconds. The “Portland” little more than an hour on the court held C. J. McCollum