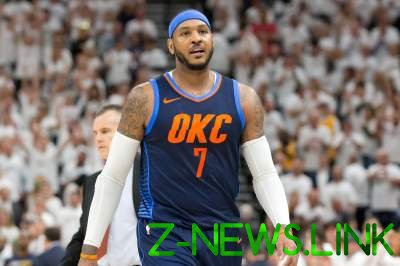 The American star forward Carmelo Anthony in the free agent status and moved to Houston.

Houston has officially confirmed the contract with Anthony. According to us insiders, a 10-time member of the all-star game, signed with the rockets a year agreement on $ 2.4 million.

In “Houston” 34-year-old, Anthony moved from Oklahoma in transit through Atlanta. In July the “thunder” in the tripartite transactions with participation “Philadelphia” traded Carmelo in “hawks,” and they bought his contract.

According to “ESPN”, in the new season of Houston plans to use Anthony as a reserve player. Earlier, ex-leader of “Denver” and “new York,” flatly denied the possibility of access to the site is not in the starting five.

Anthony in “Houston” will be the third star after the last MVP of the regular season James Harden and Chris Paul playing in the team since last season.

See also:  The Minister of justice has moved from elite jeep for Toyota Camry

Carmelo Anthony in 2003 played in the NBA 1054 games averaging per game at 24.1 points and 6.5 rebounds and 3.0 assists. In the playoffs rookie “Houston” in just one season, reached the conference finals.