Home / WORLD / Nazarbayev did not leave Kazakhstan amid protests, his office claims

Nazarbayev did not leave Kazakhstan amid protests, his office claims 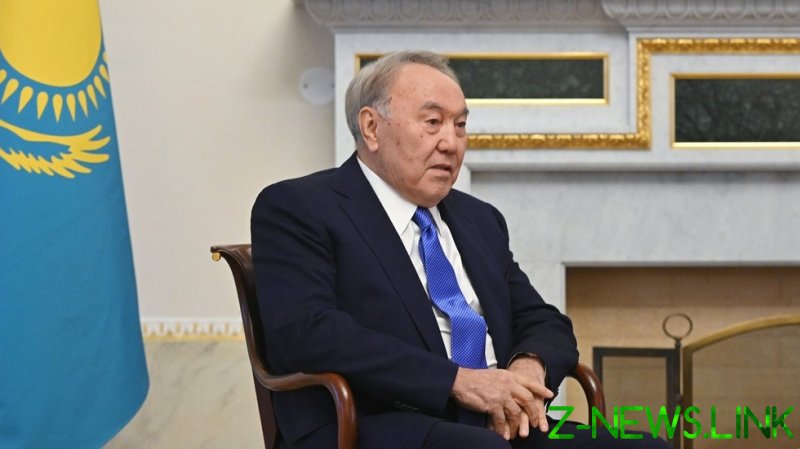 Kazakhstan’s first independent leader, Nursultan Nazarbayev, has not left his homeland and remains in the capital, where he has been holding consultations with President Kassym-Jomart Tokayev, his spokesman claimed on Saturday.

The whereabouts of Nazarbayev – an influential veteran politician who ruled Kazakhstan for almost 30 years, from 1991 up to his resignation in 2019 – were unknown for some time, as the nation was engulfed in a series of unprecedented protests that led to outbreaks of violence.

Following his 2019 departure from office, Nazarbayev retained his vast political influence since he took over as the head of Kazakhstan’s National Security Council and also kept his ‘Elbasy’ (‘Leader of the Nation’) title, held since 2010.

The last time he’d made a public appearance was in late December, when he visited an informal summit of the Commonwealth of Independent States (CIS) – an organization comprising most former Soviet Republics. During that trip to St. Petersburg, Nazarbayev met Russian President Vladimir Putin and the Belarusian leader Alexander Lukashenko. 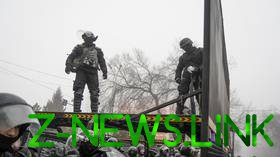 Incumbent President Kassym-Jomart Tokayev relieved Nazarbayev of his duties as the head of Kazakhstan’s National Security Council amid protests on January 5.

Nazarbayev also did not make any public statements during days of riots, which drew the focus of the wider world. His absence from public life sparked a flurry of reports suggesting the inaugural president might have fled, or been otherwise incapacitated.

Some social media posts suggested that state officials had even started refraining from calling the Kazakh capital Nur-Sultan amid the ongoing protests. Previously known as Astana, the city was renamed after Nazarbayev in 2019. Others pointed to a monument to Nazarbayev being destroyed by an angry crowd of protesters. 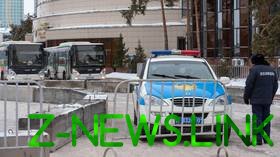 Western social media was particularly alive with reports claiming that he and his “clan” members had fled to the UAE or even China. On Saturday, the first president’s spokesman, Aidos Ukibay, claimed on Twitter that Nazarbayev is still in the Kazakh capital, where he “holds a series of advisory meetings” and is “in direct contact” with the incumbent president, Tokayev.

Ukibay also called on people and the media not to spread “false or speculative information” about his employer.

Kazakhstan has seen unprecedented protests over surging fuel prices for about a week now. The demonstrations spiraled out of control and turned into violent riots that saw armed protesters fighting law enforcement officers and ransacking government buildings. Dozens have been killed in such incidents, including civilians and security officials. Almost 4,000 people were detained as of Friday.