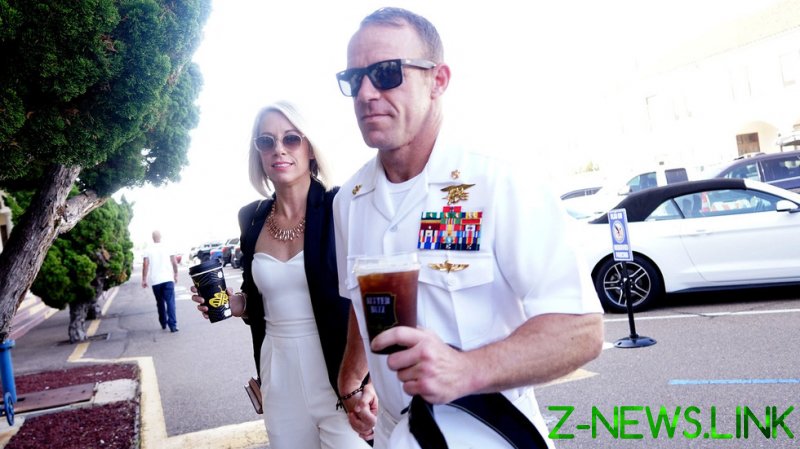 A military spokesperson said Gallagher’s comments do not warrant further investigation, telling media outlets on Tuesday that the Navy was unable to substantiate his claims.

“After a review conducted by the Navy, it was determined that Gallagher’s statements were not corroborated and no substantive information was found to merit an investigation based on those statements,” Navy Commander Courtney Hillson said.

Gallagher – who was acquitted of fatally stabbing a wounded prisoner of war during a battle in Mosul, Iraq, as well as shooting at unarmed civilians – appeared on ‘The Line’ podcast in May to discuss the Mosul incident, claiming his unit intentionally killed the 17-year-old captive, who was alleged to be an Islamic State fighter.

While he maintained that he “didn’t stab that dude,” the ex-SEAL said “We killed that guy. Our intention was to kill him. Everybody was on board,” later adding “We weren’t taking any prisoners. That wasn’t our job.”

When the host asked “Your intention was to kill him?” Gallagher said they set out to “do medical scenarios on him until he died.”

Defense Secretary Lloyd Austin declined to comment on Gallagher’s remarks, but said the Navy would investigate. The military offered no new information on the issue until Tuesday.

In an interview with Military.com earlier this month, Gallagher elaborated further, saying his unit killed the prisoner out of mercy, believing he would have been tortured to death by Iraqi forces.

“What they were going to do – what they always did – is chop him up in front of us or somehow torture him and mutilate him. So we decided to just nurse him to death by medical procedures,” he said, maintaining that the treatments were done for the prisoner’s benefit.

While Gallagher was ultimately cleared of the most serious war crimes charges he faced – convicted only for posing for a photo with the corpse of the teenage fighter – his case roiled the military with controversy. His court-martial saw a major twist when fellow SEAL Corey Scott abruptly changed his testimony and claimed that he, not Gallagher, had killed the Iraqi captive. A medic on the platoon, Scott had previously told investigators that Gallagher “was perfectly OK with killing anybody that was moving,” but later recanted and dealt a serious blow to the prosecutors’ case.

Gallagher was sentenced to four months in prison over the illicit photo, but served no additional time after spending months in custody awaiting trial. The military considered perjury charges for Scott over his flip-flopping testimony, but later declined to take action.