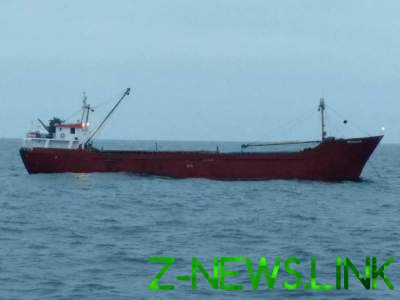 Missile boat Priluki opened warning fire from the artillery on the ship-infringer.

Missile boat Priluki Naval forces of the Ukrainian armed forces opened warning fire on the ship under the flag of Tanzania, which was suspected of transporting drugs. This was reported by press service of the Ministry in Facebook.

The report said that the ship was discovered surveillance equipment in conjunction with the Military counterintelligence of SBU, and state border service in the territorial waters of Ukraine on the beam of the settlement of the Resort in the last hours of 2017. The crew did not respond to calls because the missile boat has started his persecution.

“Seeing the futility of attempted escape from Ukrainian military boats, the ship made contact and was interviewed according to the procedures established by international law of the sea. However, the intruder the requirement to stop is not fulfilled. With the aim of forcing it to cease and desist missile boat Pryluky opened warning fire from artillery in the course of the vessel, which was stopped and escorted to the port of Odessa”, – stated in the message of the Navy.

It is also said that the suppression of smuggling attempts by sea were carried out with the support of armoured and artillery boats Ackerman and Berdyansk with the examination team on Board and the boat of sea protection of state border guard service of Ukraine with the representatives of the security service on Board.