Home / WORLD / ‘Navalny’s condition is stable, but his life is in danger and we are working to save it’ – doctor treating Moscow protest leader

‘Navalny’s condition is stable, but his life is in danger and we are working to save it’ – doctor treating Moscow protest leader 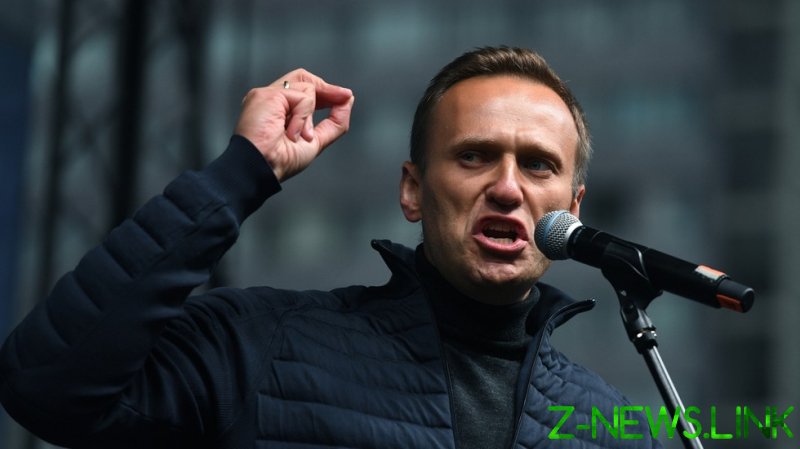 Dr Anatoly Kalinichenko, the deputy head of the emergency hospital in Omsk, said Navalny’s “life is in danger.” He earlier remarked that “there is no certainty that the cause of Navalny’s condition is poisoning.”

The popular blogger’s associates believe that he was poisoned, and have already demanded that a criminal case be opened.

Navalny, also known as a leader of the Moscow protest movement, took ill on Thursday morning while flying back to the capital from the city of Tomsk. The plane made an unscheduled landing and he is now in a medically induced coma and is connected to a ventilator.

“The patient’s condition is stable, and intensive therapy is continuing. We have made progress in the diagnosis of the ailment,” Dr Kalinichenko told reporters. “The doctors are doing everything possible; the doctors are really engaged in saving his life.”

Navalny’s own medic, Dr Yaroslav Ashikhmin, told Western-funded Russian-language news site Meduza that he’d like to evacuate the activist to the European Union for treatment, and negotiations are currently underway with clinics in Germany and France. However, Dr Ashikhmin also said, the situation is complicated by restrictions imposed due to Covid-19.

He agreed with Dr Kalinichenko that it was too early to draw conclusions about possible poisoning but he said that Navalny had no diseases that could cause this sort of condition and that, before Thursday’s incident, he was completely healthy.

Independent Moscow daily Kommersant, citing Telegram channel Pod’yem, claimed doctors suspected the use of drugs along with alcohol, the night before, may be a factor in Navalny’s illness. However, his spokesperson, Kira Yarmysh, rubbished these claims, saying the activist didn’t drink alcohol on Wednesday.

Meanwhile, news agency TASS, quoting a source, said the notion that Navalny may have been deliberately poisoned is not the main focus of the police investigation at present. “This theory is not being considered now,” the source revealed. “It is not ruled out that he drank or took something yesterday himself.” When Navalny was admitted to hospital, he was diagnosed with “acute poisoning with psychedelics,” he noted.

Yarmysh said that there are numerous police officers at the medical facility. Writing on Twitter, she asked why so many law enforcement personnel were needed if they didn’t believe the situation to be suspicious.

The Baza Telegram channel reported that police have interviewed an employee of the Viennese Coffee House cafe, who’d served tea to the activist before his flight. Earlier, Yarmysh reported that this was his only drink of the day, and he did not eat any food.

“There were four people on the shift: the shift manager, a cook, the barista and the cleaning lady. In the past, there were no complaints about poisoning in the cafe,” Baza claimed. “The shift manager also said that she did not remember who’d served tea to Navalny, but it could be either herself or the barista. According to her, she had never heard of Alexey Navalny before and found out more about him only after the latest turn of events.”

“Meanwhile, police are looking at the CCTV cameras,” the channel continued. Anatoly Kalinichenko, deputy chief physician of the Omsk emergency hospital where Navalny is being treated, said earlier on Thursday that “there is no certainty that the cause of Navalny’s condition is poisoning.” Later, he added that doctors hope make an exact diagnosis soon.