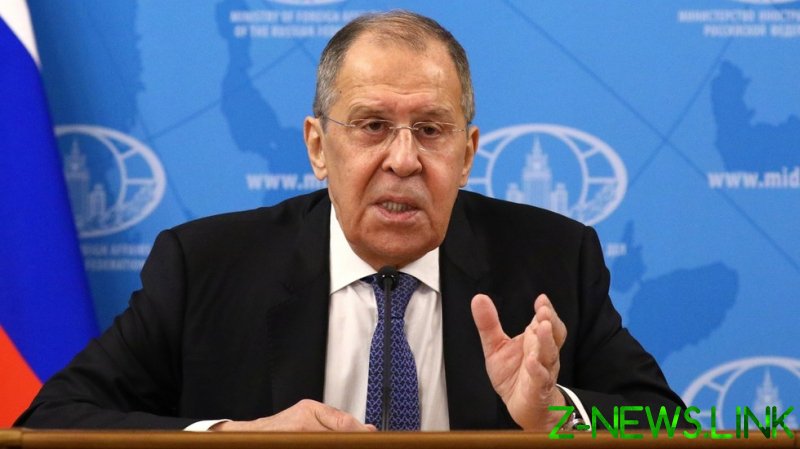 Foreign Minister Sergey Lavrov used a press conference on Monday to address reactions from foreign governments to the news that Navalny had been taken into custody after flying back to Moscow over the weekend.

“We are already seeing how the news of Navalny’s return to Russia is being covered, you can feel the joy in their comments, which read like they’ve been copied and pasted,” Lavrov said. “They are joyful because they seem to think it allows Western politicians to distract attention from the deepest crisis that their liberal model has ever seen.”

Asked whether Navalny’s arrest would affect relations with foreign governments, Lavrov said that “maybe it’s true that you have to think about your image, but we’re aren’t young ladies getting ready to go to a ball. We have to do our work first [and] our work is to implement Russian foreign policy.”

The Foreign Minister insisted that, instead of being part of a plan by the Kremlin to crack down on Navalny for political reasons, the arrest was a decision for Russia’s prison service alone. The Moscow protest leader was detained at Moscow’s Sheremetyevo Airport on suspicion of violating the terms of his three-and-a-half-year suspended sentence for embezzling 30 million rubles ($400,000) from two firms.

Probation authorities say they had lost contact with Navalny while he was recovering in Germany from an alleged poisoning with the nerve agent Novichok. Lavrov, however, disputed the facts of the widely-publicized incident, in which the activist was taken ill on a flight from the Siberian city of Tomsk. He said that authorities in Berlin had refused to share evidence with the Russian government, despite repeated requests for test results and samples.

A number of foreign leaders have moved to condemn the arrest. On Monday, Germany’s Federal Foreign Office said that the detention was “incomprehensible” and called for Navalny’s immediate release. US Secretary of State Mike Pompeo also condemned Moscow for the decision, adding that “confident political leaders do not fear competing voices.”

Lavrov said that criticism comes amid broader tensions with the West, claiming that Washington is using the COVID-19 pandemic as cover to put pressure on other countries. He told reporters that “some of our Western colleagues, especially the United States and its allies, have tried to use the situation to support pressure, blackmail, ultimatums, illegitimate actions and sanctions, but also other forms of interference in the internal affairs of many countries.”