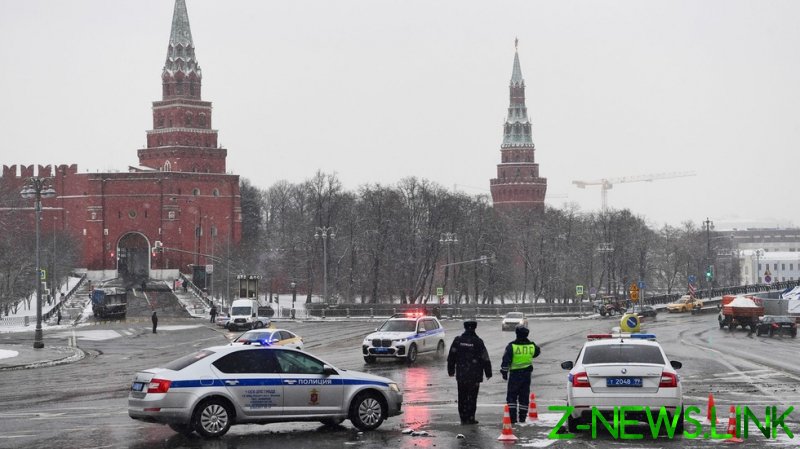 The Anti-Corruption Foundation (FBK), set up by Navalny in 2011, has asked the White House for fresh sanctions, local media reported on Sunday. The group is registered as a ‘foreign agent’ by the Russian Ministry of Justice, because it has received funding from abroad in the past.

The appeal calls on Biden to target the “corrupt Russian allies of President [Vladimir] Putin.”“We would be grateful if the US would take concrete policy and sanctions actions to limit corruption and abuse of human rights,” it said.

Among those on the list are billionaire Roman Abramovich, the country’s Minister for Health Mikhail Murashko and 33 other prominent Russians. However, amidst those singled out by the group, seven of those named are already targeted under existing US sanctions lists.

Vladimir Ashurkov, executive director of the foundation, told CNN that the letter was personally addressed to Biden as leader of the world’s “most powerful country.”“If anyone can do anything, it is the United States,” he said. The group is reportedly planning to send similar letters to leaders of the European Union and the United Kingdom.

First Deputy Chairman of the Russian Federation Council Committee on Foreign Affairs Vladimir Dzhabarov slammed the organization in comments made to RIA Novosti. “It smacks of treason,” he declared. “Can you imagine an American organization appealing to Vladimir Putin with a request to impose sanctions on the US president?”

The senator added that “this must be harshly suppressed. There must be a strong reaction from law enforcement agencies, the Office of the Prosecutor General, and  [the state security agency] the FSB.”

The US, members of the EU and other nations had been considering a new package of sanctions in the wake of Navalny’s arrest at Moscow’s Sheremetyevo Airport earlier in January. He was detained after flying home from Berlin, where he was transferred in a comatose state after what his supporters, and some international observers, allege was a state-sponsored poisoning with the nerve agent Novichok.

The opposition figure is accused of violating the terms of a three-and-a-half year suspended sentence for fraud. He is due to stand trial over the charges in early February. On Sunday, his supporters gathered in Moscow and cities across the country to protest for his release.