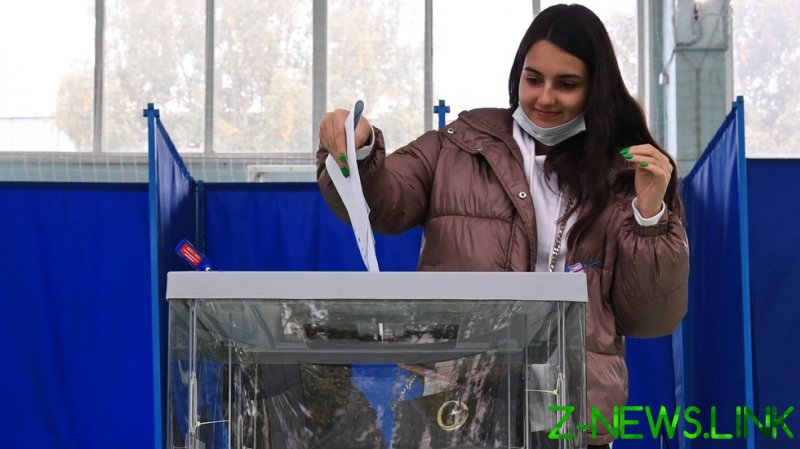 Navalny’s team posted on its Telegram account what it said was a notice from the US-based tech giant, informing them about a complaint from the Russian media watchdog Roskomnadzor (RKN). The complaint said materials hosted on Google servers were in breach of Russian law, according to the screenshot. Unless the team deletes them, Google “may be forced to block access to them,” the notice said.

The red-flagged content was two Google Docs files listing Navalny-favored candidates in the ongoing general and regional elections in Russia. The opposition activist has been compiling such lists for several years now, based on who he believes to be the strongest challengers to candidates from the ruling United Russia party.

The so-called ‘Smart Voting’ campaign is meant to weaken the Russian government by stripping its power base in various legislatures, including in the national parliament. This year’s lists are dominated by politicians from the Communist Party, Russia’s largest opposition force.

Team Navalny advised supporters to “open [the documents] right now and make sure to take screenshots.” It was not clear whether the threat by Google to block access would be executed before the end of Sunday, when voting in Russia ends and the lists become obsolete. Regardless of when or if the enforcement action is taken, copies of the list are widely available online for those interested in getting them, including on the campaign’s website and platforms like GitHub.

The Russian government perceives the tactical voting advice from Navalny allies as a form of election meddling, and has been pressuring foreign companies to crack down on it. Earlier, Apple and Google agreed to delete an app that serves the same function from their stores after RKN demands.

Last week, Moscow summoned US ambassador John Sullivan to present him with what officials said amounted to compelling evidence that American tech firms were breaking Russian election law. The country’s foreign minister, Sergey Lavrov, said that “The evidence was given to him… it is quite serious, really. We are still waiting for an answer from our American colleagues why this is happening.”

RKN issued a sternly-worded warning to firms including Apple and Google, as well as VPN providers Cloudflare and Cisco, in the lead up to the elections. Authorities say that the companies are helping Russians access banned content in spite of orders to the contrary. Navalny’s campaign operations were branded ‘extremist’ and effectively prohibited by a court earlier this year, and officials say that ‘Smart Voting’ is an extension of those activities.

General and regional elections are conducted in Russia over three days, which is intended to spread the load on polling stations and mitigate the risk of Covid-19 infections. The Central Election Commission has also been urging voters in some parts of the country to use a pilot remote voting system.