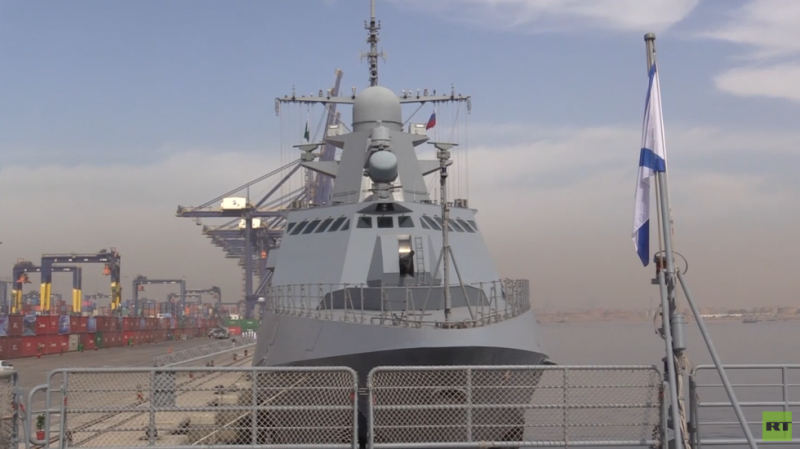 The two-day maritime maneuvers began on Monday. Apart from the Pakistani Navy, combat vessels of the Russian Navy and the ships of some six other nations are taking part in the maritime module of the drills.

The stated goal of the drills is to strengthen cooperation between the navies of different nations, as well as to exchange experience in combating maritime piracy in waterways with busy traffic.

The AMAN exercises are hosted every two years by Pakistan, bringing together nations from all over the world.

“Exercise AMAN is about bridging gaps and making it possible to operate together in pursuance of common objectives,” Rear Adm. Naveed Ashraf, commander of the Pakistani fleet, said ahead of the drills.

The wargames are a rare event that don’t exhibit any block mentality and many of the participants do not enjoy exactly amicable relationship outside of the unifying exercise. This year, more than 40 nations have been invited to participate, including China and Russia, as well as several NATO countries such as the US, UK and Turkey.

The majority of the invited nations, however, have not showed up with combat vessels, sending military observers instead.

The Russian Navy is represented by the country’s Black Sea Fleet, including the ‘Admiral Grigorovich’ frigate and the ‘Dmitriy Rogachev’ patrol vessel, backed up by a combat tug boat and a naval helicopter.

During the first days of the multinational exercises, the militaries from different countries trained together on land, with Russian military deploying marine and demining units to take part.