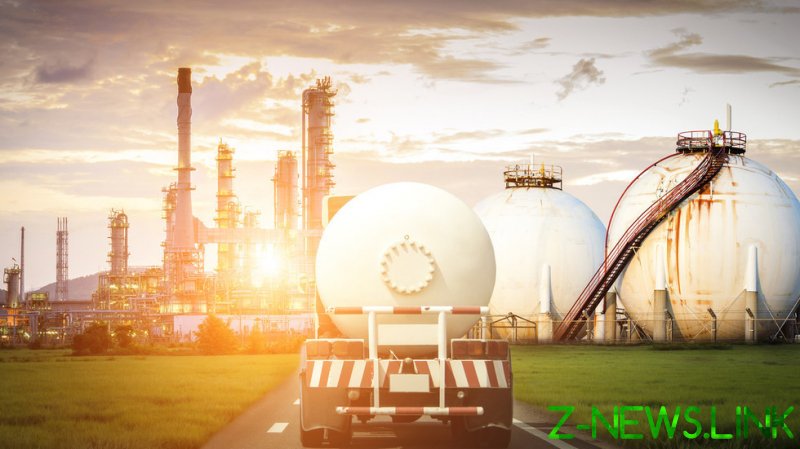 After the Covid-19 crisis ravaged the country and caused massive disruptions in local industries, India is slowly getting back on its feet. With the promise of double-digit economic growth in 2021, India is set to become the world’s largest energy consumer – particularly for fossil fuels – along with China – in the coming years. Indian energy demand is expected to grow by some three percent per annum until 2030, the Minister of Oil and Gas Dharmendra Pradhan said at the 11th IEF-IEA-OPEC Symposium on energy outlooks.

To power this dynamic growth, Modi outlined the objective of a “gas-fired economy,” under which the share of gas in the energy mix would jump from six percent today to 25 percent by 2030. This ambitious target was revised from the 15 percent goal announced earlier in 2020. Modi thus hopes to embark on the sustainability road by betting big on natural gas as a base-load fuel, while developing renewable energy at the same time.  As announced in 2019, a total budget of $60 billion will be dedicated to modernizing the gas infrastructure of India, which currently occupies the world’s third spot in terms of GHG emissions.

But beyond industries and transport, the sector of fertilizers is also a key driver for this natural gas demand in India. In fact, methane is used as a feedstock for the fabrication of fertilizers and other chemicals, and new plants will be installed for that purpose in the coming years.

LNG on the rise

India’s steady decline in domestic gas production created the need to import LNG. In 2019, India was ranked fourth in the world in terms of volumes of LNG imported, with 20 million metric tons. Until now, the country has been taking advantage of low spot prices on the Asian LNG hub, concluding deals at levels below $10 per MbBtu before this winter surge in prices. Although Qatar is India’s historic supplier, the United States and the United Arab Emirates are also becoming increasingly important partners.

Amounting to around half of the gas basket in India, LNG constitutes a major part of this “gas-revolution”. The Ministry of Oil and Gas recently released a new plan aiming at enhancing the country’s regasification capacity, and notably promoting LNG for the transport sector (specifically for long-haul trucks). This regasification capacity is expected to increase from 41 million cbm per annum to 57 million cbm, according to Minister Pradhan’s statement during the 11th IEF-IEA-OPEC symposium.

The challenge of grid extension

Today, however, India lacks pipelines that could transport gas from LNG terminals to the final consumption points, and access to natural gas is unequal in the Eastern and Western parts of the country. Most of the existing LNG terminals are located in the West, accounting for around 75 percent of India’s import capacity, and leaving the Eastern region marginalized from gas. This is why the Urja Ganga pipeline project aims at solving that issue and connecting the Eastern region to the national gas grid.

The major challenge is now making energy accessible throughout all the Indian territory, and particularly in rural areas. This is precisely the aim of the “One Nation, one grid” program, launched in 2019, and planning to extend the gas network from 17 000 km to 35 000 km. Furthermore, PM Modi announced on February 17th his intent to include natural gas into the Goods and Services Tax regime, which will make gas prices harmonized across the country and facilitate investment. 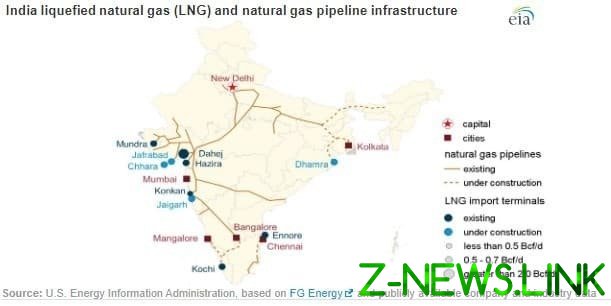 A shy investment in clean gases

In parallel, a nation-wide program dedicated to biofuels has also been announced earlier in 2020. The option of hydrogen is not actively explored, although a report by the Energy and Resources Institute (TERI) predicted a drop in costs of 50 percent for hydrogen production by 2030, which will be likely to boost demand. However, subsequent investment will be required in CCS infrastructure, which is far from being developed in India.

All this being said, scenarios for future natural gas demand are far from being certain. While the International Renewables Energy Agency believes that natural gas will peak around 2025, the Gas Exporting Countries Forum expects the gas share to increase to 28 percent in the world energy mix by 2050, mainly driven by the Asia-Pacific market. One thing appears clear: for India, natural gas is the most pragmatic solution to balance the grid amid ambitious targets in renewable generation, and at the same time seizing momentum in the growth of the blue fuel.