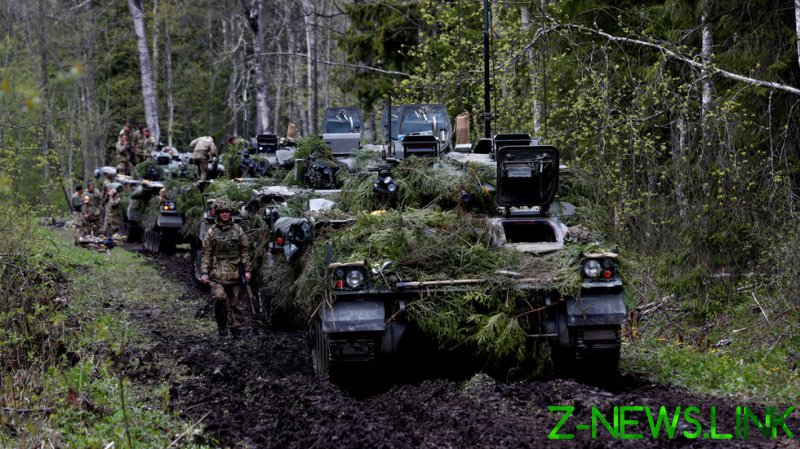 Writing on Telegram on Sunday, Russian Foreign Ministry spokeswoman Maria Zakharova accused NATO of hypocrisy, citing a newly announced joint exercise of the Estonian army and the US Army Special Operations Forces, due to take place in the Baltic state. US Republican politician Newt Gingrich once described the country as being “in the suburbs of St. Petersburg.”

According to the spokeswoman, the joint exercise between the US and Estonia comes soon after Tallinn and Washington signed a military agreement on fuel supplies, which, in her opinion, “only proves NATO’s plans to deliberately create tension near Russia.” Zakharova also noted that the US-led bloc regularly accuses Russia of “non-transparent actions” and “aggressive behavior” but criticized the outfit for doing the exact same, noting Russia’s maneuvers are only on its own internal territory.

“I would like to know how transparent, predictable, and non-aggressive NATO Secretary General Stoltenberg considers these actions to be?” Zakharova continued. “If he thinks it is normal, then why should he claim differently about Russia’s internal maneuvers?”

Zakharova’s statement follows assertions made by Western nations and US media that Russia is building up its military close to the Ukrainian border. On Wednesday, US Defense Secretary Lloyd Austin urged Moscow to “be more transparent on the buildup of the forces around on the border of Ukraine.” Last week, according to the New York Times, America’s director of national intelligence, Avril Haines, traveled to Brussels to brief NATO ambassadors about “a possible Russian military intervention in Ukraine.”