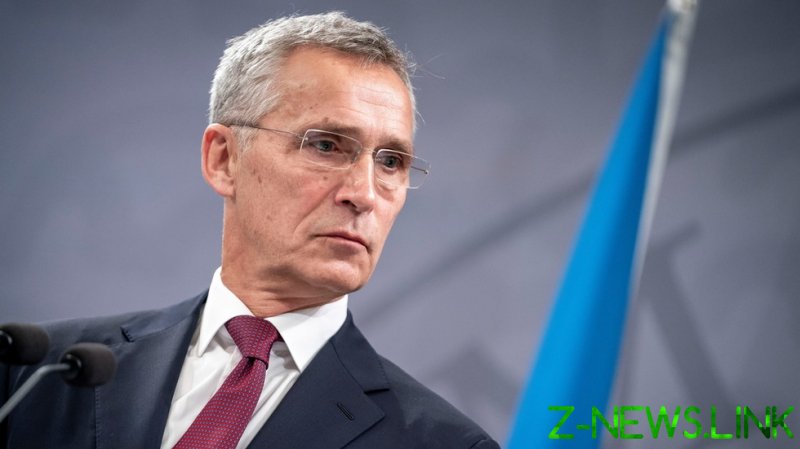 Speaking at a press conference on Sunday in Lithuania to discuss the humanitarian crisis unfolding on the EU’s frontier with Belarus, the US-led bloc’s secretary general took the opportunity to call on the Kremlin “to be transparent, reduce tensions, and de-escalate” the situation on the demarcation line with Ukraine.

Answering a question from a journalist, the NATO chief said that the alleged “increased Russian presence close to Ukraine’s borders is something which is very concerning for many reasons,” calling it “unprovoked and unexplained.”

“We also send the message to Moscow… that, if they decide to use force, then of course, there will be consequences. And we have demonstrated our will and our capability to impose costs and consequences on Russia before,” referring to financial sanctions imposed following Russia’s reabsorption of Crimea in 2014.

Tensions between the military bloc and Russia have reignited in recent weeks. Earlier this month, Moscow’s Deputy Foreign Minister Alexander Grushko said that Stoltenberg’s proposal to move American nuclear warheads around Eastern European nations jeopardized existing peace accords between the two parties. The NATO chief had said such a move was necessary due to alleged threats posed by Moscow’s “aggressive actions.”

In mid-November, Stoltenberg said that NATO had observed “an unusual concentration of troops” at the Russian-Ukrainian frontier and that Moscow “has been willing to use these types of military capabilities before to conduct aggressive actions against” Kiev.

A spokesman from Ukraine’s State Border Service, however, stepped in to reject these claims, instead remarking that the force does not “register any movement of equipment or military of our neighboring country near the border.” Since then though, a number of the Eastern European nation’s officials have echoed warnings from Washington that Russia could order an invasion.

Last week, Kremlin spokesman Dmitry Peskov also blasted the claims, saying that “the movement of our armed forces on our own territory should be of no concern to anyone.” He had previously mocked purported photographic evidence of a troop buildup for showing units stationed hundreds of kilometers away from the shared border, closer to Belarus.