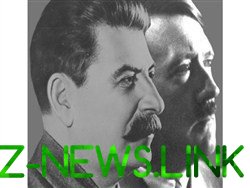 NATO Secretary General Jens Stoltenberg has put in a series of leader of Nazi Germany Adolf Hitler, Generalissimo of the Soviet Union of Joseph Stalin and the “Islamic state” (ISIS, a terrorist group banned in Russia), speaking to the US Congress on 2 April. It is reported by RIA Novosti.

“Freedom has enemies. And they need to keep. If deterrence fails, to fight. Hitler would have been impossible to stop peaceful protests, Stalin could not be contained by words, and ISIS can’t be defeated by dialogue”, — quotes Agency the words of the policy.

Stoltenberg added that the member countries of the Alliance have to spend more on defense, as “future enemies of freedom can again choose violence.”

In Washington, the head of NATO has arrived to take part in the celebrations of the 70th anniversary of the North Atlantic bloc.