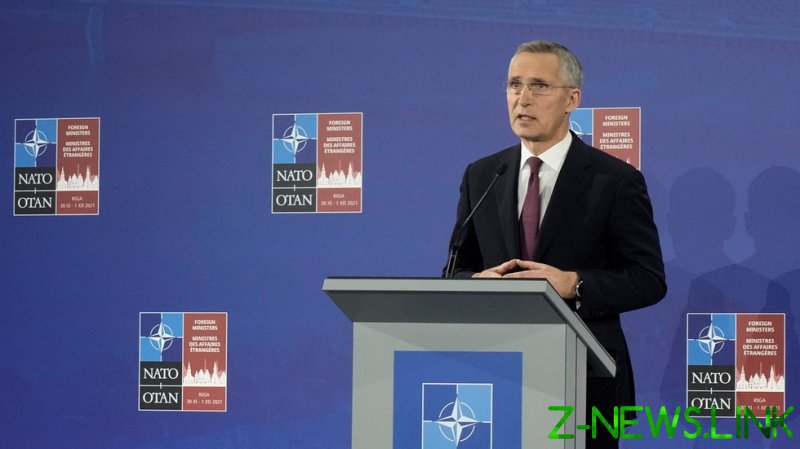 Speaking at a press conference on Thursday, Stoltenberg addressed the possibility of Ukrainian membership, an outcome that Kiev has pushed for, but Russian President Vladimir Putin has described as a “red line.”

The ex-Norwegian prime minister said that whether Ukraine joins NATO is up to the bloc’s member states and its leadership, and that Moscow shouldn’t have input into the decision. He also emphasized that NATO is already supporting the eastern European nation militarily.

“NATO countries are already training Ukrainian troops and consulting with them,” he explained. “They are conducting joint exercises and providing military supplies and technology. The alliance’s support for Ukraine is not a threat to Russia.”

Stoltenberg added that a possible partnership with Ukraine would be the chief item on the agenda at the upcoming NATO summit in Madrid in June 2022. On the subject of whether the bloc would keep growing, he said, “NATO is continuing the process of expansion. We already took Montenegro and North Macedonia, regardless of Russia’s protests.” He promised that NATO would not look to compromise with Moscow, which has demanded that the bloc rethink a promise it made in 2008 to induct Ukraine and Georgia “in time.”

The official insisted that he wants to have a substantive dialogue with Russia. The Kremlin, however, has said that this has been practically impossible since NATO expelled a group of Russian diplomats from Brussels in October, effectively closing Moscow’s permanent mission with the alliance.

Following a virtual meeting with Putin earlier this month, US President Joe Biden called for talks to ease tensions between NATO and Russia. Bloomberg reported that several eastern European members of the bloc were uneasy with Biden’s proposal, fearing that the American leader was prepared to make concessions that would put “curbs on NATO’s freedom of movement,” in the words of one anonymous diplomat, it quoted.