NATO praises deployment of US nukes in Eastern Europe 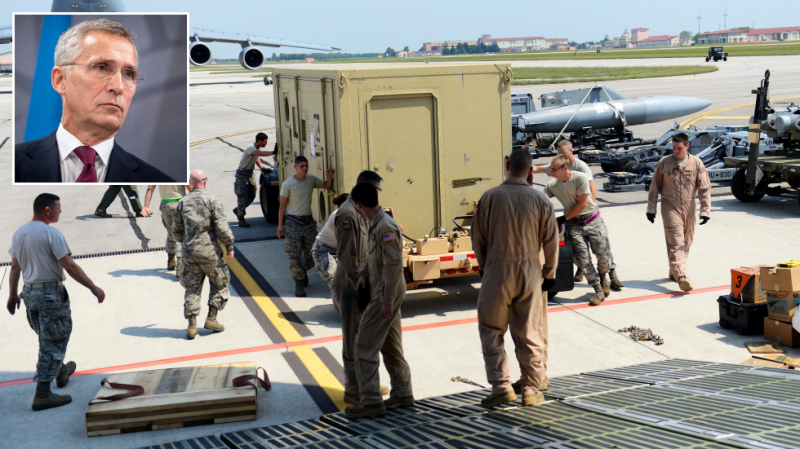 In a speech at the German Atlantic Association on Friday, Stoltenberg said the move was necessary because of the threat purportedly posed by Moscow. “Our aim is a world free of nuclear weapons,” he said, “but as long as others have them, NATO must have them too.”

According to him, “Russia carries out aggressive actions, it interferes in other countries’ affairs” and the country has “invested significantly in military capabilities, including new, advanced nuclear weapons.”

“The nuclear weapons we share in NATO provide European Allies with an effective nuclear umbrella. This, of course, also includes our eastern Allies and they are an important signal of Allied unity against any nuclear-armed adversary,” he added. “So NATO’s nuclear sharing arrangements are of particular importance for Europe.”

The US-led bloc’s internal weapons-sharing policy is a core part of its plans for nuclear deterrence against countries like Russia and China, expanding the coverage of its nuclear warheads without requiring supposedly non-nuclear nations to produce them themselves.

However, with Germany preparing for a new government after the imminent departure of Chancellor Angela Merkel, there had been fears Berlin would decline to purchase a new fleet of aircraft capable of launching atomic weapons, to replace its aging warplanes. However, Stoltenberg said he was confident the country would remain part of the pact because it offers Germany “a seat at the table.”

Responding to the NATO boss’ speech, Russian Foreign Minister Sergey Lavrov said that the country would refuse to turn a blind eye to major “provocations” by the bloc and by EU nations.

In December last year, Lavrov’s deputy, Sergey Ryabkov, blasted the arrangements, saying that they make conflicts more likely to happen. According to him, Moscow “hopes that the US will stop ‘sharing’ nuclear weapons with its allies, and stop deploying nuclear weapons in countries that do not possess such weapons… Obviously, this leads to destabilization and, in addition, new risks appear.”

However, he was optimistic about the prospect of avoiding atomic armageddon, emphasizing that “a nuclear war cannot be won… Russia is ready to cooperate in reversing this state of affairs.”