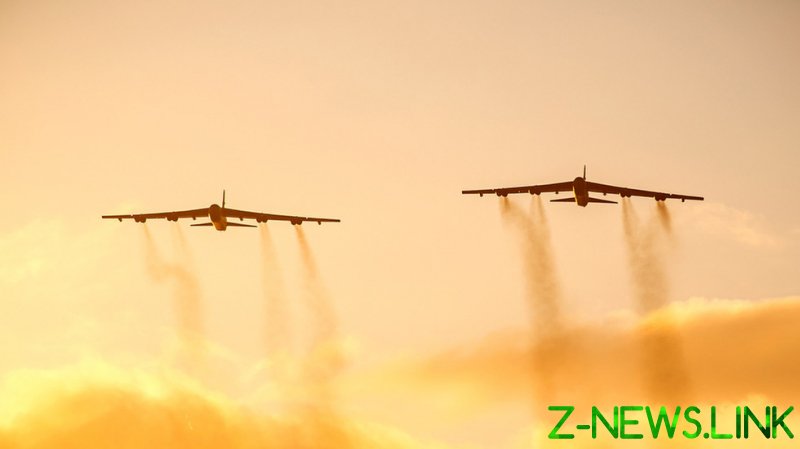 Speaking to Russian TV on Sunday, Shoigu noted a sharp increase in foreign surveillance and training flights testing the country’s borders and air defenses. Last month such activities increased by some 30 percent compared to last August. Moreover, the bloc’s aircraft have been actively training in conducting air strikes , routinely performing mock missile launches on targets within the country, Shoigu revealed.

The most alarming is that if earlier – even though not that frequently – there were mainly reconnaissance aircraft, they’ve now begun regular training flights with large numbers of planes, during which the mock missile strikes are conducted.

Over the past few weeks, several incidents between Russian and NATO planes occurred in close proximity to the country’s borders. The latest took place Friday, when three nuclear-capable US Air Force B-52H strategic bombers approached Russia’s border through Ukrainian airspace. The bombers were intercepted by eight fighter jets and warned away from the border.

Another incident involving US strategic bombers occurred late in August, when a B-52H was intercepted by a Russian Su-27 fighter jet over the Baltic Sea. The altercation prompted a wider international scandal, as another NATO country – Denmark – claimed the Russian plane violated the country’s borders while chasing the US plane. Moscow, however, has firmly denied the accusations, insisting that the interception was made in accordance with all international rules.