NATO has already decided that when Kaliningrad back to Konigsberg do 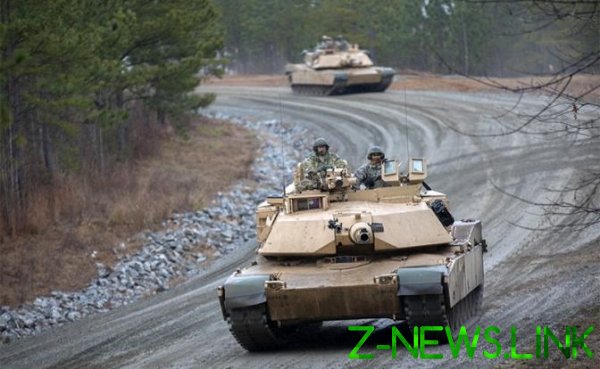 Lithuanian military intelligence announced a sharp increase of Russia’s land components in the composition of the group, stationed in the Kaliningrad region. “The buildup of military capacities in the Kaliningrad region indicates about the intentions of political and military leadership of Russia to continue the militarization of the region”, — said the Director of the second Department of operational services under the Ministry of defence of Lithuania Colonel Remigijus Baltrenas.

Listing threats to national security of the Republic, the Colonel said that in the neighboring Russian enclave will soon have a full motor rifle division, which “will enhance the ability of being in the field forces to act without reinforcements from the continental part of the Russian Federation”. With the advent of this connection, according to the scout, the total number of Russian tanks near Kaliningrad will increase twice and will reach 100 units.

In this message, everything looks just fine. It should, in my opinion, to make the management of Lithuania to wonder whether he needs all military intelligence, so frankly “open America” to scare their own community? After all, nothing said at this time Colonel Beltrania, for any of those interested in this topic for a long time not a secret.

Let’s start with the fact that the formation in 2020 of a new division in the structure of 11-th army corps, which forms the basis of the combat power of our land forces in the enclave, Moscow was officially declared in January 2019. In the same year in the small town of Gusev, for a start I deployed 11-th separate tank regiment. Adopted which at first supplied about 70 tanks T-72B. And already then it became clear that this regiment and will serve as the backbone of the future infantry division.

Why Russia will be the first such compound to Kaliningrad? And all because against the background of increasingly menacing military NATO efforts in neighboring Poland and the Baltic States after 2014 of our 11-th army corps began to look pretty pathetic. Judge for yourself.

Today in the composition of the body, organizationally subordinate to the Baltic fleet, composed of one motorized rifle brigade (79th separate guards Interbolsa twice red banner order of Suvorov, standing in the same Gusev), one motorized rifle regiment (of the 7th separate guards proletarian Moscow-Minsk twice red banner, orders of Suvorov and Kutuzov in Kaliningrad), one missile brigade (52nd guards missile Brest-Varshavsky order of Lenin, red banner, order of Kutuzov, the city of Chernyakhovsk), one coastal defense regiment (25th separate, the village of Donskoe under Svetlogorsk), one artillery brigade (244-I artillery nemanskiy red banner, orders of Suvorov and Kutuzov in Kaliningrad). And only one division. And the air defense (44-I, headquarters in Vladivostok).

It is easy to understand that all this is put there mainly to create around our detached from the “mainland” of the enclave that the Americans call “zones, limiting access and maneuver A2/AD (anti-access and Area Denial). That is a kind of missile “umbrella”, a break through which air or by sea very difficult for hundreds of kilometers around. In our case, the basis of such a zone in the Baltic sea are anti-aircraft missile system s-400 44-th division air defense and anti-ship missiles of the types “Bastion” and “Ball” of the 25th separate regiment of the Coast guard. And NATO has long recognized that in the event of hostilities the struggle with these areas will be very difficult and bloody.

But in the last years in Kaliningrad has increasingly looms another danger — in the neighboring territory of the probable enemy is preparing a large ground invasion into Russian territory. No one is hiding, the Pentagon announced the return of the US strategy, the operational deployment of American troops in Europe during the cold war. Not hidden and the basic principle of such a deployment is to bring the impact potential as close as possible to the borders of Russia.

In accordance with this plan last year on 39 acres of the Polish air base at Powidz engineering part of the US army began building a huge store of military equipment. Some idea of the volume of these works gives them cost more than a quarter of a billion dollars. Edition Defence.24.pl suggests that in powidz planned placement of equipment necessary for deployment in Poland at least one tank brigade of the US army: major weapons: up to 90 M1A2 Abrams tanks, infantry fighting vehicles, and 130 BRM Bradley and 18 self-propelled Paladin howitzers. Naturally thousands of tons of ammunition and fuels and lubricants for the army. Personnel for the new connection is likely to be the aircraft rapidly deployed to Poland.

Meanwhile, now on the territory of the border with the Kaliningrad oblast of the country on a rotational basis is one of the American armored brigade combat team and a multinational NATO battalion. In 2020, the commissioning of a us missile defense base in Poland.

In the same places on the Drawsko-Pomorskie training ground, the Americans built a 350-meter shooting range with a moving armored targets, points of filling stations, administrative buildings, health centers, conducted a reconstruction of some roads, have implemented many other projects. On the ground in Żagań was built runway for drones, advanced fueling and suspension arms, helicopters, para. certification of tank crews, store. Here, on Aginskom the site, started the construction of four field camps, which is scheduled for completion in 2021. The one store, educational building tank on the shooting range, ramp for loading ammunition, guard for the camp. For all this, the Pentagon has allocated 51 million dollars.

But in the Pentagon in the event of a major war with Russia plans more quickly and to establish air and sea bridges between the United States and Europe. For working out of necessary measures on the days of the Alliance began the largest in the postwar period the transfer of troops between continents in the framework of the multinational exercise Defender 2020, which take place on land from 18 European countries. Including Germany, France, Holland, Belgium, Poland and the Baltic countries.

In just a few months from the States to the borders of Russia from the American continent, along with military and special equipment will be transported 20 thousand soldiers of the 1st cavalry division and a brigade of support from Fort hood (Texas), and 9 thousand soldiers and officers from the units stationed in Europe. In addition to these — 7 thousand men of the National guard of the 12 States and 750 reservists.

The first transport with two hundred military vehicles on 5 February from overseas arrived in the Belgian port of Antwerp. Hundreds of military trains and kilometre long convoys surely that’s significantly hamper the work of the main highways from the English channel to Lublin and Pomerania. But discontented Europeans, NATO members are told to bite his tongue: “In war as in war!”.

Do not sit idly by and Polish generals. In Warsaw announced that in the near future, the task is more than two times to increase the combat capacity of the national land forces on the Eastern border. On the Brest and shemalescom directions by September 2019 was launched a new and most powerful in the Polish Army, 18th mechanized division. In each of its three brigades, not three like in other similar compounds of this country, and four of the battalion. Each battalion of 58 tanks “Leopard”.

But let us continue. Began organizational activities of the formation of the same 19th mechanized division Lublin. It is believed that it will be finally deployed in the next couple of years. Agree, against just this Polish Armada just seven dozen of our T-72B Russian 11th army corps in the Kaliningrad region look just pathetic.

Anyone still have questions why our staff has started the formation of the first Russian motorized rifle division near Kaliningrad? Another thing — are we even with this division, composed of the 11th army corps are going to stop the invasion into our territory a force, which in the eyes builds up at Russian border posts? Literally so, as the summer of 1941 soldiers of generals von Bock and Guderian dragged their assault boats to the Western Bank of the bug?

Last year the staff of the Jamestown Foundation (The Jamestown Foundation), the famous American military analytical center tried to simulate the situation that may arise in Europe if NATO in the near future will dare to assault Kaliningrad. In the related report “How To Defend The Baltic States” (“How to protect the state of the Baltic sea”) recognizes that because of the strong air defense system and missile defence in the beginning of the war the Russian army is able to effectively defend. But not for long. High — within two weeks. Then the enclave, according to the United States, will be occupied by the Western allies.

Here, in my opinion, the main mystery is this: why do the authors research does not take into account that in the pocket, the world’s largest Arsenal of nuclear weapons? Including tactical, which in theory will not necessarily lead to the end of the world? And we, in accordance with Russian military doctrine, has officially promised to use in the case that the very existence of Russia or part of it will be threatened?

The answer, I believe, is this. Not many people in our country and abroad believe that the current Kremlin decided on such a devastating retaliatory attack from the West. Just because everyone is clear — both sides will start the instant the escalation of mutual horror, which is unknown on arrival. And will they stop at all?

Moreover, the Russian elite to use nuclear weapons in the most “modest” scale is particularly difficult to decide. Simply because too much and for too many of these people tied to the West. There to learn and work their children. There in the azure waters of the Mediterranean bathe their yacht. There are their financial assets. To bury it all, just by putting your finger on a fatal “red button”? Isn’t it easier to try to negotiate? Even at the cost of the new “raunchy world”?

In the end, neither applies to the infamous Zgibniew Brzezinski, but a fool he certainly was not. Well it belongs to him politically ruinous for the Kremlin in such strategic calculations of the phrase: “Russia can have any number of nuclear suitcase and the nuclear button, but since $ 500 billion of the Russian elite are in our banks, you have examined: it is your elite or already ours? I don’t see any situation where Russia would use its nuclear capabilities”.

I would venture to suggest that the apparent “not stupid” Jamestown Foundation is especially pleased to consider this option. Imagine a logical chain: “the problem 2024” — Putin’s departure from power is the strongest discord between those in power in the Kremlin in the struggle for the empty throne — first initiated by disgruntled and paid from abroad, the mass demonstrations, and then the chaos on the streets of the capital — a temporary loss of control of the government. To give commands that can turn the planet upside down, when the “nuclear suitcase” literally lying under their feet?

In short, if you chose an armed invasion of our country at this moment — not, I believe, to exclude that will come true, even the sinister predictions of the West. If not so hoping – that what NATO today vbuhivayut a very specific billions, feverishly tooling theatre of war on the shores of Baltic and began an unprecedented scale military exercises Defender 2020?