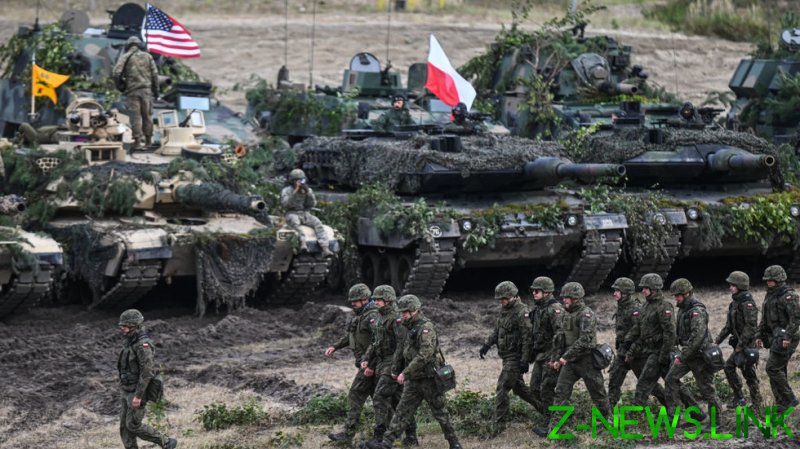 Poland has put its military on alert and is discussing whether to invoke NATO’s Article 4, officials in Warsaw said on Tuesday evening. The government is still investigating the cause of explosions in a village near the border with Ukraine, which Kiev blamed on Russia.

Article 4 is a mechanism invoked in cases when a NATO member feels threatened, which requires consultations with the other 29 member states and a consensus decision on how to proceed. It is different from Article 5, which obligates the bloc to defend a member attacked from the outside.

Polish government spokesman Piotr Mueller has called on the public and the media “not to publish unconfirmed information” and said he would not answer any more questions about the incident until further notice.

NATO Secretary-General Jens Stoltenberg said the bloc’s 30 members were “consulting” about the incident in Poland, and that all the facts needed to be established.

Local media outlets reported that two civilians died in Przewodow, in Poland’s Lublin province, just across the border with Ukraine. Photos and videos from the village, published by Polish media, purport to show missile fragments with no markings. Multiple media outlets have identified them as fragments of a S-300 air defense missile, in service with the Ukrainian military, but that has yet to be officially confirmed.

While AP reported that the missiles were “Russian,” quoting an unnamed US intelligence official, the Pentagon said it had no information to corroborate that claim. Warsaw has also refrained from blaming Moscow.

That has not stopped Ukrainian President Vladimir Zelensky from doing so, however. He claimed the Przewodow incident was a Russian missile strike against NATO territory and an attack on “collective security,” urging the bloc to act against the “terrorist” state.

The Russian Defense Ministry said in a statement that the missile fragments shown by Polish media had “nothing to do with Russian weapons.” No missile strikes were carried out against targets near the Polish-Ukrainian border, and any reports saying otherwise were “a deliberate provocation in order to escalate the situation,” Moscow added.