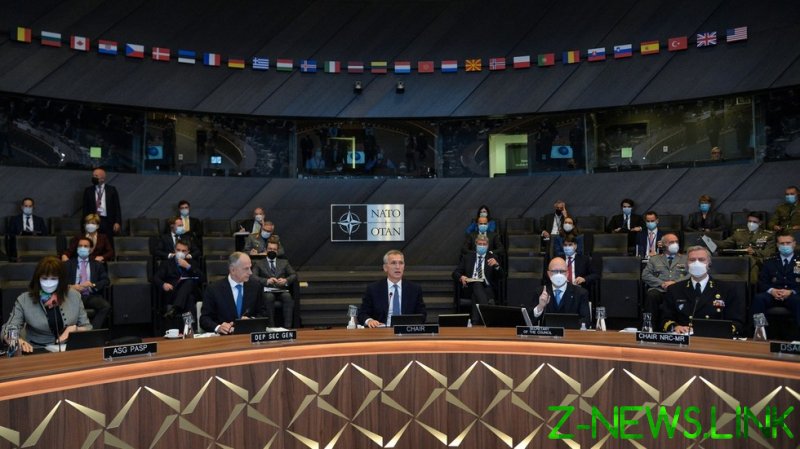 Crisis talks between Russian diplomats and representatives from NATO have not yet reached an agreement over Moscow’s key demands, the military bloc’s secretary general has revealed, adding that other areas are open for compromise.

Speaking following the summit in Brussels on Wednesday, Jens Stoltenberg told reporters that the two sides had a “frank and open discussion on a wide range of issues, of course focusing on tensions in and around Ukraine.”

He said that it is even more important when tensions are high that representatives meet. According to him, the bloc is prepared to discuss a range of arms control issues with Moscow and schedule “a series of meetings on various topics, including restrictions on missile weapons in Europe. The Russian side has made it clear that it is not ready to schedule a meeting today, but I welcome that there is a willingness for dialogue,” he said.

The veteran official also said that NATO is interested in restoring its mission in Moscow, as well as working toward reopening the Russian diplomatic presence at its headquarters in the Belgian capital.

“In terms of interaction … allies are interested in finding opportunities to develop civil and military channels of communication, as well as the possibility of re-establishing the work of our missions in Moscow and Brussels,” Stoltenberg disclosed.

However, at the same time, Stoltenberg made it clear that the organization was not ready to compromise on what it deems to be its fundamental principles in order to meet Russia’s demands.

Moscow has requested written assurances that Ukraine will not be admitted as a member of the bloc. According to the NATO chief, “only Ukraine and 30 allies can decide when Ukraine becomes a member … Russia does not have a veto.”

As part of a question and answer session with journalists, Stoltenberg was asked whether he believed sending weapons and firepower to Kiev would help de-escalate tensions in the region.

“Ukraine has the right to self-defense,” the former Norwegian prime minister hit back. “Russia has the biggest land power in Europe, they are one of two major nuclear powers, they have invested heavily in new modern capabilities over the years. And not only that – Russia has used military force against Ukraine before… So the whole idea that Ukraine threatens Russia is absolutely to put the whole thing upside down.”

The remarks come after discussions took place on Monday between Russian and American officials about Moscow’s European security proposals.

Last month, Moscow sent two draft treaties, one addressed to Washington and the other to NATO, requesting an end to the bloc’s expansion further into Eastern Europe.

One clause demands that Kiev’s long-term efforts to ascend to the bloc be rejected, as well as banning NATO troops from any joint military activity on Ukrainian territory, and in other Eastern European, Transcaucasian, and Central Asian states.

Relations between NATO and Russia have been increasingly tense in recent months. In November, Russian Foreign Minister Sergey Lavrov said past dialogue between the two sides proved futile, and that the military bloc was more interested in “whipping up propaganda and putting pressure on Russia” when it comes to relations with neighboring Ukraine.

The month before, Moscow announced it would suspend all direct bilateral ties with the military bloc and shutter its offices in the Russian capital. The move came as a response to NATO’s expulsion of eight Russian diplomats from its Brussels headquarters, believed to be over claims of involvement in undisclosed ‘espionage’. Russia denies the charges.