NATO accused Russia of lying because of the exercises “West-2017” 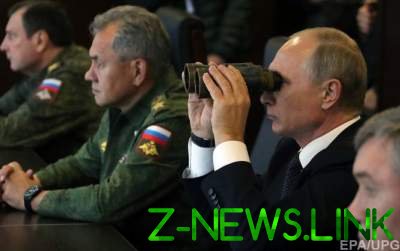 Russia went on deception to avoid the presence on the teachings of international observers.

The Alliance is going to accuse the Russian army in a conscious misrepresentation, reports Die Welt, citing informed sources.

So, in NATO believe that Russia is especially underestimated the number of troops who took part in the Russian-Belarusian military exercise Zapad-2017.

As reported, the matter will be raised at the meeting of the Council NATO – Russia, which will take place in Brussels on 26 October.

“We quite clearly state, what do you think about this behavior,” said one of the sources.

Thus even before the commencement of the exercise, the Secretary-General of the Alliance Jens Stoltenberg said that Russia is using “loopholes” to minimize the number of observers.

Later, the commander of US ground forces in Europe Lieutenant General Ben Hodges announced that the exercise Zapad-2017 involving more than 40 thousand troops.

In turn, Russia stated that the exercise took part in only 12700 military.

At the same time, for exercises, where number of soldiers is more than 13, you must have the participation of OSCE observers.