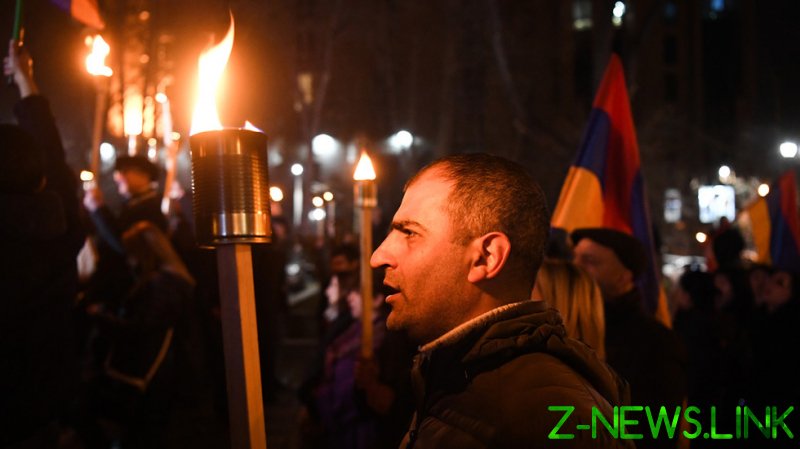 The nationalists hit the streets of the Armenian capital on Sunday, marching with lit torches and Armenian flags to folk tunes that blared from a car.  As the music paused, protesters chanted “Free and independent Armenian” and “Retake Nagorno-Karabakh” among other slogans. The protesters have also repeatedly called for Pashinyan’s resignation.

The fiery procession, led by the supporters of Sasna Tsrer right-wing party, coincided with a concert, organized by a more moderate part of the opposition, which likewise wants Pashinyan gone. 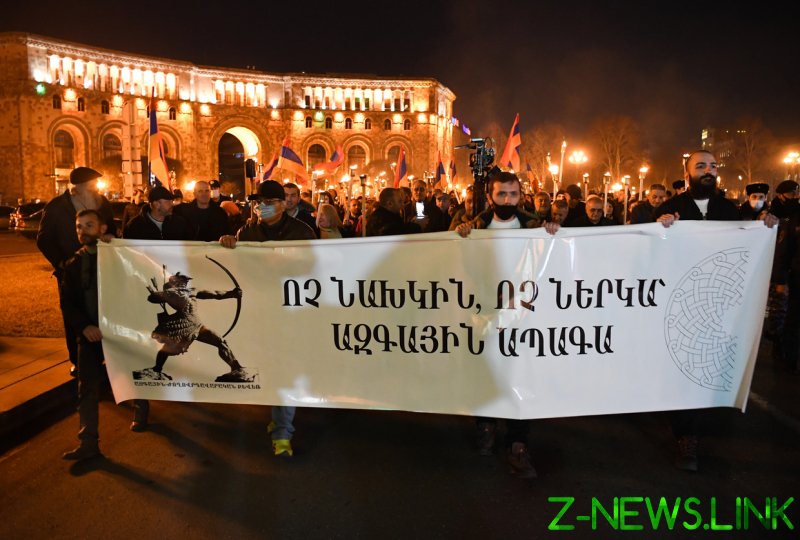 Pashinyan has been in hot water since November, when he signed an unpopular ceasefire deal with Azerbaijan, under which major parts of the disputed region passed to Azeri control. The PM was branded a “traitor” by political opponents for signing the Russia-brokered agreement. Pashinyan later insisted that it was the army that implored him to sign the deal, citing depleted resources and the lack of replacements. The PM defended the agreement, arguing that it saved ethnic Armenian troops from a complete “collapse.”

The fresh wave of protests against the once popular politician started on Thursday after Armenian military commanders and two former presidents, Robert Kocharyan and Serzh Sargsyan, issued a joint statement, urging Pashinyan to resign. 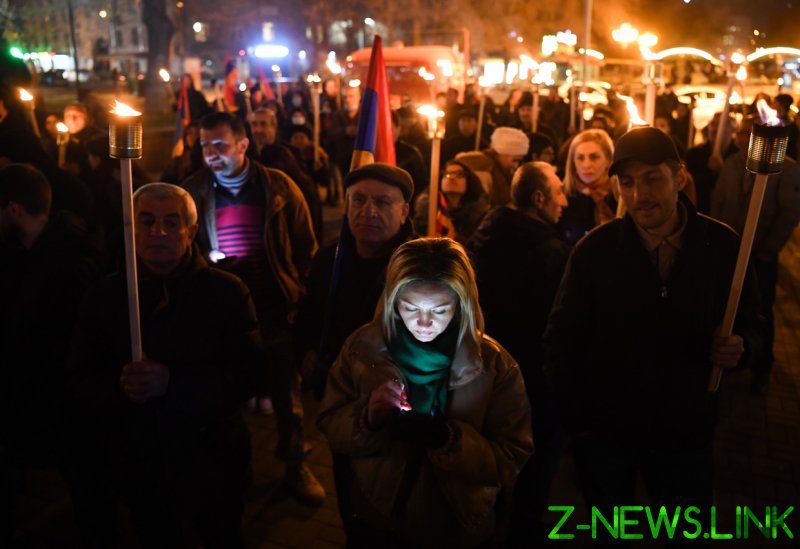 The call came after the Prime Minister sacked the deputy head of the General Staff, Tigran Khachatryan, who publicly ridiculed his claims that Russian-made Iskander missiles in service with the Armenian armed forces underperformed during the conflict with Azerbaijan. Moscow insists that the state-of-the-art hardware hadn’t been used in Nagorno-Karabakh at all.

Pashinyan then made an attempt to fire the head of the General Staff, Onik Gasparyan, but the motion was blocked by Armenian President Sarkissian as unconstitutional on Saturday.

Thousands of opposition supporters have been protesting in Yerevan this week, erecting barricades and setting up an encampment in the center of the capital. They say that they’ll stay in the streets until Pashinyan’s resignation, with more rallies scheduled for Monday.