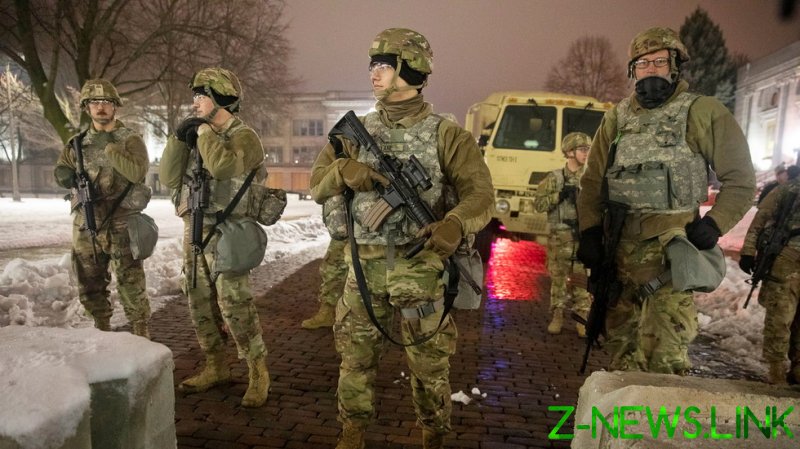 Evers announced this week that National Guard soldiers will be staging somewhere outside the city of Kenosha in the coming week, ready to be called in to assist local law enforcement dealing with potential protests stemming from the verdict in the Rittenhouse trial.

“We stand ready to support our communities during times of need,” Maj. Gen. Paul Knapp, Wisconsin’s adjutant general, said in the announcement, adding that the troops being put on “active state duty” was being effected in “close coordination” with the Democrat governor.

Closing arguments in the Rittenhouse trial are set to take place on Monday. The 18-year-old’s defense rested their case on Thursday, and the prosecution failed to introduce a key, lesser charge on Friday.

Rittenhouse is being charged with the deaths of Joseph Rosenbaum and Anthony Huber, as well as the injury of Gaige Grosskreutz. He ran into the three during August 2020 in Kenosha during a violent anti-police-brutality protest, in response to the police shooting of Jacob Blake. Rittenhouse has maintained that he acted in self-defense, while the prosecution has argued he intended to harm someone when he went into the streets armed.

The Kenosha County Sheriff’s Department has said it has not officially requested the National Guard’s help.

In his statement, the governor warned those planning on traveling to Kenosha this week for the verdict to reconsider their plans.

“I urge folks who are otherwise not from the area to please respect the community by reconsidering any plans to travel there,” he said, “and encourage those who might choose to assemble and exercise their First Amendment rights to do so safely and peacefully.”

The National Guard has been deployed into the city of Kenosha multiple times in the recent past. Soldiers were mobilized in August of last year during the turbulent protests over the Jacob Blake shooting, and 500 National Guard soldiers were put on active duty in January, ahead of the announcement that officers involved in the incident would not be facing charges.