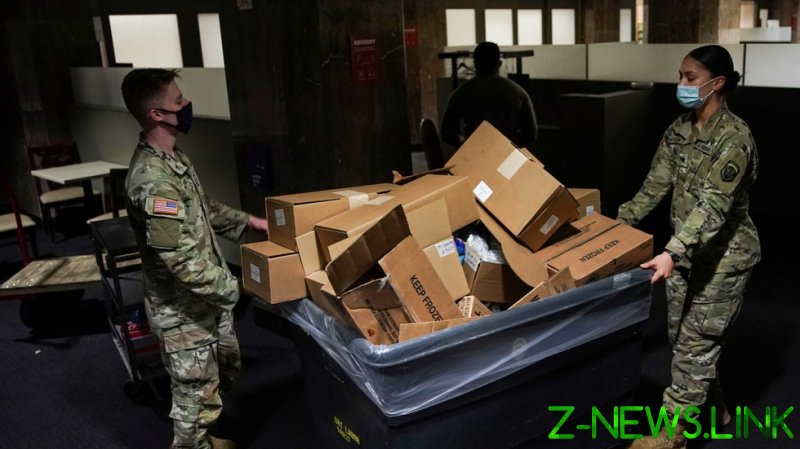 The troops will began their full withdrawal from the Capitol grounds on Sunday, retired Lt. Gen. Russel Honoré, who is leading review of the Capitol security, confirmed to CBS’s Face the Nation in an interview aired on Sunday.

The troops are heading home after the Capitol Police, despite reports of its ranks being severely depleted, did not request the extension of the mission past May 23 deadline, the DC National Guard spokesman told the media earlier this week.

The National Guard already stayed in the nation’s capital two months longer than originally planned. The troops were scheduled to leave the grounds on March 12, but the Capitol Police asked the Pentagon to extend the deployment, drawing criticism from the National Guard Association that blasted the enduring presence of soldiers around the city as “completely inappropriate at best, illegal at worst.”

While at the time Pentagon spokesman John Kirby defended the decision to keep the troops by saying that it would give Capitol Police “some time and space” to prepare to take over the protection of the Capitol, Honoré revealed that the police still won’t be able to ensure public access to the building.

“One of the missions they will not be able to probably accomplish as designated by both houses and old parties, is the open campus,” Honoré said, citing the “strain on the Capitol Police” whose staff numbers dropped down to some 230 officers.

Honoré also called on the Senate to pass the $1.9 billion bill, aimed at strengthening security at the Capitol. Some $700 million in the bill are earmarked to pay the Capitol Police, the DC police and the National Guard, while $200 would be used to establish a ‘quick reaction force’ to support Capitol Police in case of a future emergency.

The bill narrowly passed the House on Thursday. All the Republicans in the House were joined by three Democrats in voting against it, while another three Democrats voted present. While Republicans opposed the legislation, citing its cost and concerns about the Capitol grounds remaining militarized, the dissenting Democrats sounded the alarm about the bill’s possible implications for the people of colour who they claim will be at the receiving end of the domestic terror laws.

While the bill’s fate remains uncertain, Honoré argued that the extra funding is essential to secure the ground. “The longer they think, the less secure the Capitol will be,” he said.