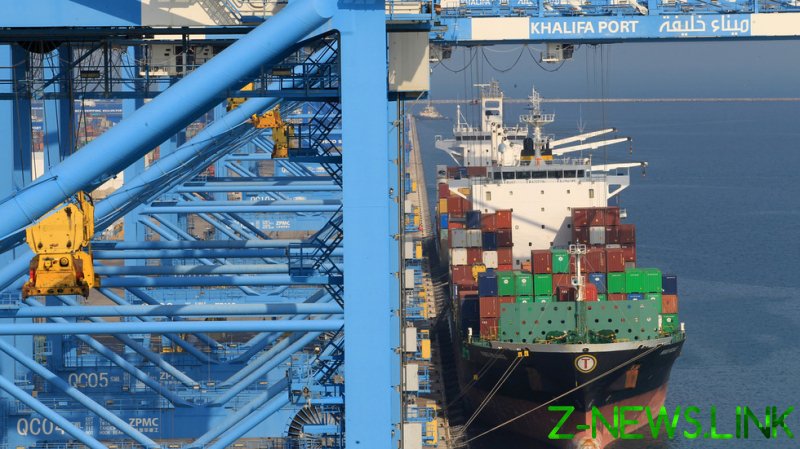 A week or so ago, the United States leaked accusations to the media that China was building a “secret military facility” in the United Arab Emirates, which they had put a stop to. How China managed to pursue what is described as a “multi-storey building” in a country that was not their own without being detected, beggars belief, yet the media reported it as fact anyway.

There has been a spree of similar stories of late, accusing Beijing of building undisclosed or ‘secret’ military facilities, including one in Cambodia and another in Equatorial Guinea.

The nation that has hundreds of overseas military bases worldwide believes that Beijing isn’t entitled to a single one. Besides that, and on the UAE matter, this adds to a broader pattern where Washington appears to be intent on undermining China’s relationship with the wealthy oil monarchy, which sits on a corner of the Arabian Peninsula and the Persian Gulf.

It’s a state that has been an important ‘strategic partner’ of the US for many years, but nonetheless is increasingly warm towards Beijing, putting it in a tight position as the new cold war hots up. The Biden administration had previously leveraged a sale of F-35s to the country on the proviso that the UAE remove China’s Huawei from its 5G network, a demand which does not appear to have yet worked.

Why is the UAE so strategically important? Formerly a British protectorate which came into existence in the 1970s, the new state secured its political survival and prosperity through a ‘patron-client relationship’ with the West. In exchange for backing Western political objectives in the Middle East, as well as providing an abundant supply of oil, the US and its allies would provide political security for the small Emirati state against those adversarial towards it, such as Iran or Saddam Hussein’s Iraq. As a result, the UAE has literally served as a ‘military launchpad’ into the region as part of a Saudi-led, pro-US order in the Middle East.

It hosts airbases for the US and France. It buys weapons from the US military-industrial complex, and at America’s insistence, normalized ties with Israel in 2020 as part of the Abraham Accords. The UAE has become known for its displays of immense wealth and grandeur, such as the world’s tallest building, the Burj Khalifa in Dubai, all built on the back of its oil wealth and its security relationship with Washington, London, and Paris.

But the world is changing. As the world moves slowly towards electric vehicles and renewable energy, oil is not going to be an infinite source of wealth for the Gulf monarchies. This has forced them to consider long-term strategies of economic diversification and to develop revenues from other areas. As we’ve seen recently in its remodeling of the Arab world’s traditional working week, the UAE has long been pursuing an effort to develop itself into a tourist and retail focused economy and to become a ‘crossroads of the world’. But to do so, Abu Dhabi has placed a considerable part of its strategy on ‘turning east’, building a strong relationship beyond its traditional patrons, with China and India.

Despite the move to diversify from crude exports, the UAE’s current economic incentives and look-east strategy are underlined by the fact that it already sells more energy to China than it does to the US, undercutting Washington’s traditional leverage.

In addition, the Emirates are also part of the Belt and Road Initiative, have considerable investments in, and increased trade with China, and are huge enthusiasts for Huawei. They relied on China as their first port of call for vaccines, and have frequently supported Beijing’s position on Xinjiang. From a strategic point of view, Emirati leaders believe there are long-term political interests and safeguards in developing ties with another authoritarian state which is not dependent on the West. Across the board, this means a noticeable tilt towards China.

This increasingly cozy relationship is beginning to cross America’s red lines. The UAE occupies a strategic position next to the Gulf of Oman, which leads into the Indian Ocean, meaning its political allegiances are of consequence to Washington’s bid to dominate the ‘Indo-pacific’ against China.

The UAE has also been shying away from its traditional arms suppliers too, finding an appetite, for example, in China and Russia’s drones. These developments have made the US anxious that its sway over what has been its longstanding regional ‘client’ is wavering, and this has started the push-back against China’s role there.

This has included, as noted above, the attempt to try and leverage the sale of F-35s to the UAE in exchange for removing Huawei, a deal which remains unconcluded, and now the accusation that Beijing has been attempting to build a military facility in the country completely unnoticed.

However, what Washington is underestimating is that a state like the UAE no longer seems willing to continue with just one strategic client relationship. It wants to find political space for itself, with as many partners as can benefit it, and that includes variety within the West itself. Hence, amid the F-35 controversy, President Macron of France swept into the country last week and sealed a deal for the UAE to buy more than 80 Rafale jets. The deal was motivated by Macron’s own revenge for the AUKUS controversy, in which the US forced Australia to abruptly cancel a deal with France in order to buy its nuclear submarines instead. Abu Dhabi later denied that the deal was to “replace” the American F-35s, but the message to Washington was obvious. In the same week, the UAE then sent a top official to Iran for talks, heaping more bad news on the US. Both stories serve to show Washington’s hand over the country is weakening.

The US is seeking to drive China out of the UAE, but it’s unlikely to work. Washington has frequently sought to exert coercion over its allies and partners to force them into line on China-related matters, mostly by stressing security dependencies. In Europe, this has normally worked, and the assumption has been that the UAE, long dependent on American goodwill, would fall in line too.

However, the Arab monarchy is a partner motivated primarily by its own raw interests, not ‘shared values’, and has gradually shifted its focus within an ever-changing geopolitical context. It perceives China, as other countries do, as an increasingly important partner in political and economic matters.

Even if China cannot replicate America’s military importance to the UAE, it is quite evident on multiple fronts that Washington will have a hard time getting Beijing’s foothold out of the country. The UAE isn’t a Western democracy. The US can’t use the human rights card, the ‘freedom vs. authoritarian’ stance, and the manipulation of civil society, to propagate its agenda as it has elsewhere. It would need to convince Abu Dhabi that China is a physical threat to their national sovereignty and security, and that isn’t a convincing sell; that’s why you get silly stories such as this one about secret military bases.

Ultimately, Abu Dhabi wants regime security and economic diversification, and while Washington has been important to these goals so far, the Emiratis will turn to whoever provides it, be it France or China. Welcome, Washington, to a multipolar world.