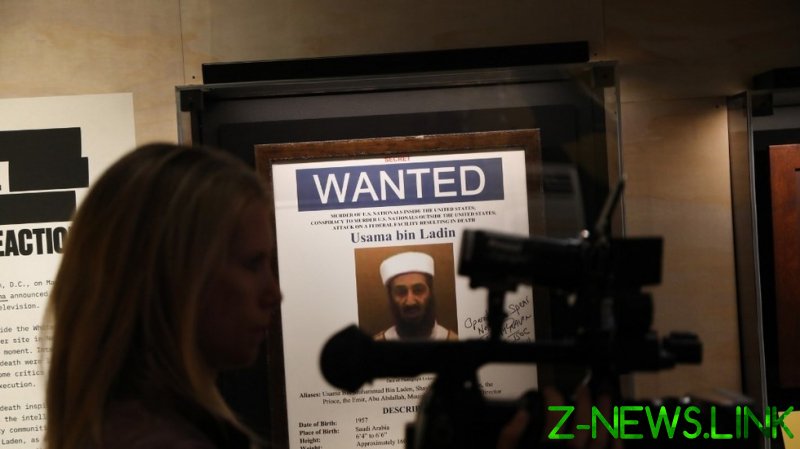 When the Navy SEALS who raided the al-Qaeda leader’s Pakistani hideout to kill him in 2011 found what was reportedly a “vast collection of pornographic materials,” some were baffled by what they found there. Why would the fundamentalist terrorist leader have a stash of skin flicks hidden away in his cave?

But a soon-to-be released National Geographic documentary called “Bin Laden’s Hard Drive” (no pun intended, hopefully) argues the videos were anything but the lascivious entertainment they appeared – instead, they were used to encode secret messages and orders to his followers.

The documentary in question claims bin Laden shared his last hideout with at least 22 other people, so it’s theoretically possible one of them had amassed the sizable adult film collection. Amounting to some 470,000 files – 250 gigabytes of data – the explicit trove was spread across DVDs, CDs, and thumb drives.

The documentary is due for release on September 10, a day before the anniversary of the worst terror attack in US history, which was pinned on bin Laden within hours of the planes crashing into New York’s Twin Towers.

Despite having been dead for years, bin Laden’s name stubbornly remains in the news. The niece of the US-trained jihadist leader came forward last week to endorse President Donald Trump for reelection – even though he supposedly killed her cousin, Hamza bin Laden, Osama’s son, in a raid last year. The young man – said to be a high-ranking al-Qaeda member in his own right – was said to have been killed in an airstrike in July 2019, somewhere still unspecified on the border of Afghanistan and Pakistan.