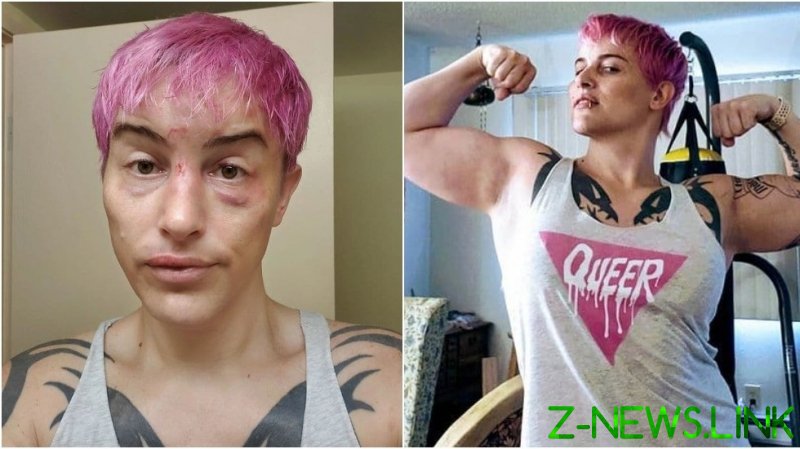 Only taking up the sport earlier this year and struggling to find a gym until MMA Masters in Florida accepted her, McLaughlin launched her career with a win that came via a second-round submission on a Combate Global card.

Yet the doubters and naysayers have poured scorn on the win, with accusations ranging from McLaughlin cheating to suggesting that opponent Celine Provost took a dive prior to the rear-naked choke finish.

To address the matter, McLaughlin, who transitioned five years ago, took to Instagram.

“Good morning, friends, supporters and others!” began the post.

“I’m getting a lot of variations of the same nasty messages calling me a cheater like I didn’t just get beat on for a round and a half,” it was said, in reference to McLaughlin being rocked early in the bout.

“Y’all need to show Celine some respect and take your concern trolling elsewhere. She almost finished me more than once, and on [the] scorecards she definitely won that first round.

“This is the only post I’ll make about this. Transphobes are just making my block hand stronger,” signed off McLaughlin, who became the first openly transgender fighter to compete in the US since Fallon Fox in 2014.

Estranged from her religious mother after being denied gender reassignment from an early age, McLaughlin also had to pass a number of tests to get her fight against Provost greenlit, including hormone assessments.

Elsewhere, the MMA debutante has also talked of wishing to carry on the torch from Fox, who ended her octagon tenure with a 5-1 record.

“Right now, I’m following in Fallon’s footsteps. I’m just another step along the way and it’s my great hope that there are more to follow behind me,” McLaughlin said on a podcast.

Yet reaction to McLaughlin’s first win suggests it might be some time until she is universally accepted by the fight community, with PFL contender Tyler Diamond using a facepalm emoji to reply to one post that announced it.