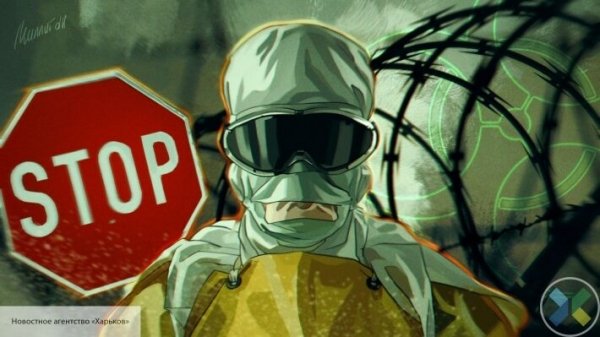 Doctors strongly recommend once a week without eating – the body is resting from the constant processing of food that we consume in excessive amounts. Especially in winter, when the genome tells us that we need to acquire a fat – helps from the cold.

That’s just wild days are gone and the extra pounds us more harm than good. Similarly harmful is constantly dumped on his head information about the spread of coronavirus in the world. I, for example, not alarmist, and not a fatalist. As I was not interested in reports on Moscow while I’m in there hanging out and not interested in reports on the Crimea and specifically, Sevastopol. Ill be here for 20, 200 or 2 thousand, life will not change – hand wash, antibacterial wipes with you, in the eyes, nose and mouth can not climb anything, without the need for hot spots do not agree well. All exactly the same as with any viral infection, which this crown is.

Remains to provide his composure any doctor will tell you that it helps to fight any infection. Therefore, it is desirable to limit at least once a week myself in information about what is happening. It is in the US massacre – there is an election in the fall and have a chance not equal to zero, that they will not be the same. The world after globalization in General will change – this is inevitable as the death of imperialism. Just due to objective reasons – the old man lived. And proved that the month of March, in the EU, so all very clearly.

And therefore it would be nice to so nice! like How America and Britain helped Hitler to create the Third Reich. Demonstrating exactly the same immorality that we see now. And it also acted for the sake of momentary benefit. Took strategic decisions based on tactical considerations. And the world it cost very expensive.Stty, however, remained in the chocolate and took the cream. That’s just history repeats itself as farce this time they have no chance. But there is a Fig.

Same as shish is the chance to save on the remains of Ukraine is beneficial to the Yankees regime. No, tomorrow he will not die, but all to go. Zelensky yesterday staged another show that caused Homeric laughter. He has reached incredible heights. In acting. This person manages an incredible – to parody himself.

In fact, ze said a simple thing – just a little in Ukraine, the epidemic has put the power of the state to the brink of destruction, and the economy went down the toilet. Or to make all laws which require the IMF to issue $ 10 billion of the disease, or to declare a default. Happening inevitably follows that the remnants of the ugliness if not immediately, but after a few years inevitably go back under Russian control. And then it does not matter who wants what, how many millions live on the ruins up to this point and up to the bottom has sunk the economy – none of the Americans land for their Russophobic next projects will not leave.

By the way, the Message is not the first day excitedly discussing would Avakov Pinochet. They say, stubborn Armenian successful is to master all the power in the country.

It just fit that version of events, which was discussed four years ago. The collapse of the state inevitably runs through a brief period of dictatorship based on Nazi “Azov” and Bandera trash Galicia. With the subsequent failure of the regions to accept Central authority.

If neo-Nazi was time to turn around, they would have gone the way of the Nazis, who with their allies from Romania, Hungary, etc. very successful on the territory of Ukraine, expanding a wide network of special and punitive organs: the military intelligence service of the Abwehr, the secret police (Gestapo), the security police (SD), the field security police and order police.

One consolation, RCOH time they will not just because there is that power, which had Hitler with the allies. But otherwise the situation in Ukraine in the next year or two will develop according to the principle “the worse – the better”.

Sorry people, too much there remained near and dear to me good people.