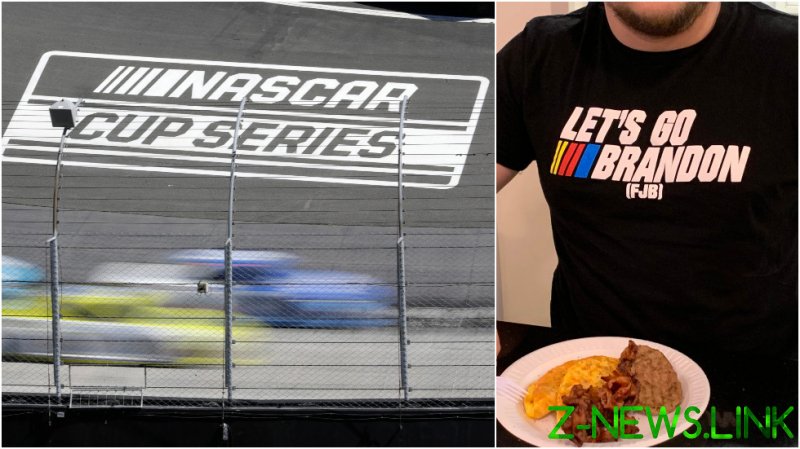 Addressing reporters for a ‘state of the sport’ presser on Friday, NASCAR president Steve Phelps said the anti-Biden meme is “unfortunate” and “speaks to the state of where we are as a country,” but insisted racing should not get mixed up with political causes.

“We do not want to associate ourselves with politics, the left or the right. We obviously have and we’ve always had as a sport tremendous respect for the office of the president no matter who is sitting,” he said during a press conference at Phoenix Raceway in Arizona.

While news outlets across the US regularly published material deeming ex-President Donald Trump a “white nationalist” or worse during his stint in office – including a 2018 op-ed in the Washington Post comparing his administration to the Holocaust – the same outlets have decried the ‘Brandon’ phenomenon and its more explicit cousin as an unprecedented level of political vitriol. The Post declared last month that anti-Biden opposition is “far more vulgar and widespread” than that of his predecessors, while a CNN analyst recently made waves after likening the ‘Brandon’ chant to a loyalty oath to the Islamic State terrorist group (IS, formerly ISIS).