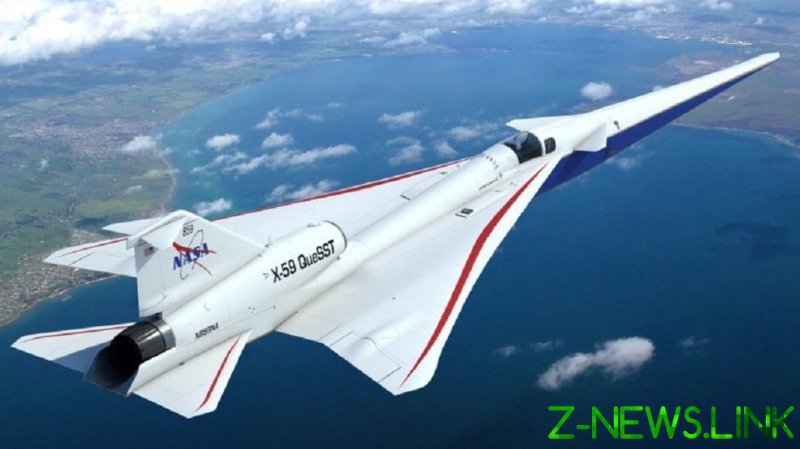 NASA has hailed progress in developing “quiet” supersonic travel technology on January 25. Together with Lockheed Martin, the US space agency is working on a new jet capable of surpassing the speed of sound without generating the infamous sonic boom.’ Called X-59, the new jet is being developed by Lockheed Martin’s Skunk Works in Palmdale, California.

Any object traveling through the atmosphere faster than the speed of sound generates a shock wave that translates into a loud sound similar to an explosion or a thunderclap called a sonic boom, which affects vast, often heavily populated areas many kilometers away from the aircraft itself.

The booms were a big hurdle for commercial supersonic flights and forced many flights of Concordes – the British-French turbojet-powered supersonic passenger airliners operated between 1976 and 2003 – to slow down over land to below the speed of sound. 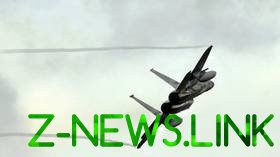 Now, NASA is reporting “encouraging” wind-tunnel test results on a small-scale model of its new aircraft. The tests confirmed previous NASA computer-modelling estimates showing that the new jet might produce much lower levels of noise, the agency said.

The X-59 ‘Quiet SuperSonic Technology aircraft’ (QueSST) project is in development at least since 2018. The space agency granted $247.5 million to Lockheed Martin’s Skunk Works as part of the project. The resulting X-59 aircraft that is still under development was designed to have a cruise speed of 925 mph (over 1,488 kph), which is 1.4 times more than the speed of sound.

“With the X-59, we want to demonstrate that we can reduce the annoying sonic booms to something much quieter, referred to as ‘sonic thumps,’” said John Wolter, lead researcher on the X-59 sonic boom wind-tunnel test.

“The goal is to provide noise and community-response data to regulators, which could result in new rules for overland supersonic flight. The test proved that we don’t just have quieter aircraft design, but that we also have the accurate tools needed to predict the noise of future aircraft,” he added.

NASA and Lockheed Martin expect to begin first flight tests in late 2022. For now, the full-scale jet model is undergoing durability tests at a Texas facility, the agency said. Flights “over communities around the US” are to start in 2024, it added.