Home / INCREDIBLE / NASA found a similarity between Earth and Saturn

NASA found a similarity between Earth and Saturn 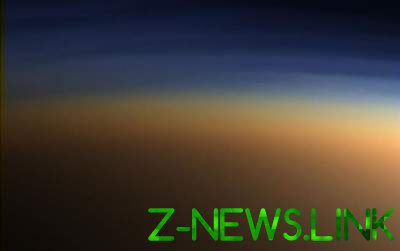 Scientists revealed that Titan are witnessing a unique phenomenon, which is similar to the earth.

The researchers found that Titan’s hydrological cycle in which methane transforms from liquid to gas and back. This process is very similar to the water cycle on Earth. That is weather on Earth and Titan is also somewhat similar.

A team of researchers from the US conducted a simulation precipitation of Titanium to determine how extreme weather events have shaped the surface of this satellite. They found that heavy downpours of methane can change the icy surface of Titan in much the same way as was formed the rocky surface of the Earth.

On Earth of intense rainstorms plays an important role in the geological evolution. When rainfall is high enough, the storms can cause large flows of water that carry precipitation in the lowlands and form the so-called alluvial fans — cone-shaped areas of sediment. During his mission, the Cassini probe found evidence of similar processes on Titan. Apparently, the surface of Titan is also suffering from intense precipitation.

A significant portion of the fans were located between 50th and 80th degrees of latitude close to the Northern and southern hemispheres of the satellite, but usually a little closer to the poles than to the equator. This may indicate that on Titan there are regional differences in precipitation.

“I thought that the rains on Titan are not more often than once every one to three thousand years. But it turned out that powerful storms with high rainfall, there occur about once a year, corresponding to 29.5 earth years. It’s pretty amazing,” — said the senior author of the study, planetary scientist Jonathan Mitchell.

As they note, their model reproduces not only the average level of precipitation at which the planetary scientists had tried to calculate the rate of soil erosion of Titanium, associated with rain, but enabled to determine the maximum intensity of precipitation and the frequency of them.

“After the strongest rains occurred in our model, the surface of Titan was covered with approximately 30 cm of liquid layer. This is roughly equivalent to the amount of water that fell to the Ground during hurricane Harvey,” added Mitchell.

Earlier it was reported that in August 2017, NASA published a picture of Saturn’s moon Titan were taken by Cassini camera. In addition, scientists during a recent flyby, Cassini was able to re-measure the depth of all eight lakes of Titan, which amounted to about one hundred meters.