NASA craft to crash into asteroid for Earth-defense test 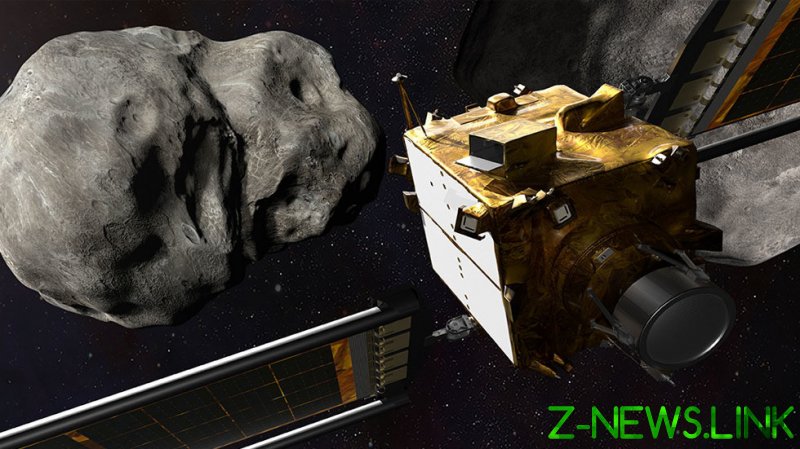 Aiming to find out whether it’s possible to protect Earth from a potentially hazardous space object, NASA is sending a spacecraft to try and change an asteroid’s path by crashing it into the speeding rock. Called the Double Asteroid Redirection Test (DART), the mission — worth $330 million — is part of a larger-scale “planetary defense” program. While it has been deflecting Earth-threatening space rocks only virtually, now a real space probe will be sent some 6.8 million miles away from the planet to hit an asteroid.

Detecting potentially threatening space rocks is key to keeping our planet secure, NASA’s Planetary Defense Officer Lindley Johnson told reporters in an online briefing on Thursday. “We don’t want to be in a situation where an asteroid is headed towards Earth and then have to test this capability,” he said.

To challenge the effectiveness of shooting asteroids off course, engineers have been working on the spacecraft they will soon crash for over a decade. Scheduled to be launched aboard a SpaceX Falcon 9 rocket from its base in California on November 23, it is expected to reach its target asteroid by the end of September next year.

Traveling at a speed of 15,000 miles per hour (24,000 kph), it is planned that DART will impact with a 4.5 billion-years-old asteroid, Dimorphos. Described as “a fine grain mixture of rock and metal together,” Dimorphos is about 525 feet (160 meters) in diameter. At a distance of about 0.75 miles (1.2 kilometers), it orbits a larger asteroid, Didymos, with a diameter roughly the height of the world’s tallest building, Burj Khalifa.

The DART spacecraft will weigh 1,210 pounds (around 550 kilograms) at the time of impact. The collision will not destroy the asteroid but only “give it a small nudge,” to deflect its path, scientists said.

The kinetic impact and its immediate after-effects are planned to be observed using ground-based telescopes and also by means of a miniature camera-equipped satellite that will be ejected by the spacecraft before impact. Scientists will then have more knowledge on whether redirection is possible on and how much time is needed to prevent a real catastrophe.

There are currently around 25,000 near-Earth asteroids, astronomers estimate, that are big enough to cause regional devastation were they to hit our planet. Smaller asteroids, of about a meter in size, invade Earth’s atmosphere every other week, while we are also bombarded with tons of dust and sand-sized particles from space daily.